Here's to You, Ms. DeRecqueville!

Until our English translation, her book was confined to a French speaking audience. Despite this, it was considered a solid source and I read it years ago with a French dictionary in hand. She covered many events in Valentino's life from a French press vantage point, communicated with many key characters in the Valentino story who knew him personally and knew him well. These people included Jacques Hebertot, Andre Daven, Robert Florey, Alberto Valentino, Dr. Howard Meeker.

For example this letter (see below) written by Rene Clair in defense of Valentino during the "Francophobe" incident. De Recqueville's documentation of Florey's betrayal of Valentino and the reason he was consequently fired is ground-breaking material. To share but a few pages: 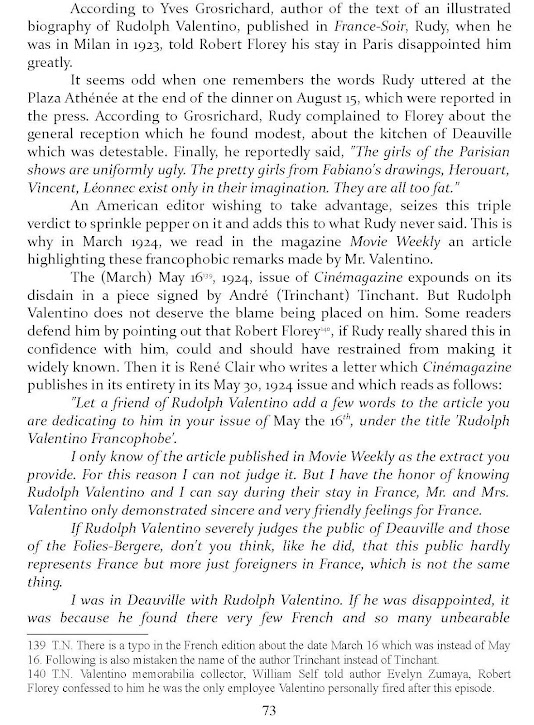 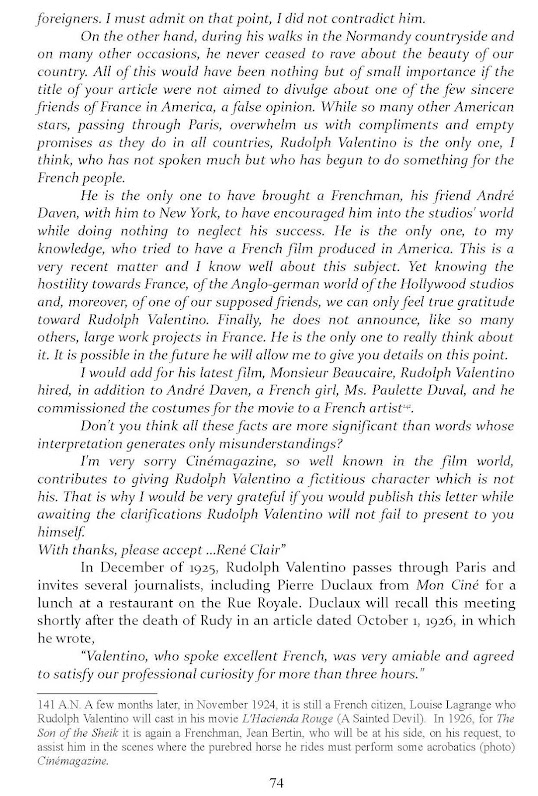 De Recqueville was also the first person to investigate Valentino's true sexual orientation. She breaks down the anonymously written and fictional La Presse article which contributed  heavily to the false narrative on this subject. She wrote to Rene Clair, Hebertot, Florey and asked for the truth. This also makes her book an historical documentation of these people's replies. For example this from Rene Clair (translation below in Renato's comment) basically replying that in regards to the rumor Valentino was gay; this is something purported by people who did not know him. 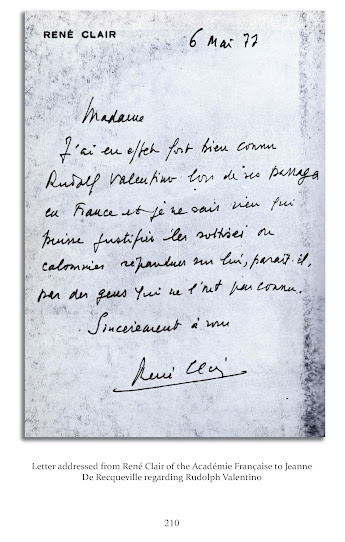 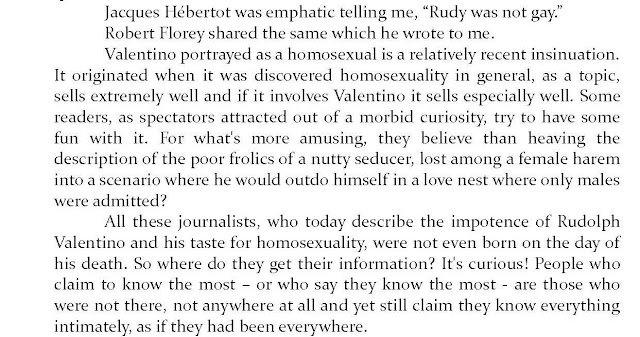 De Recqueville's first hand accounts from these people who knew Valentino well are remarkable as well as her documentation of the Valentino French press; including coverage from publications of the day such as "Bonsoir, Theater", "Comoedia Illustres", "Paris-Journal". The additional documentation of various 1970's cultural Valentino influences is fascinating and unique. 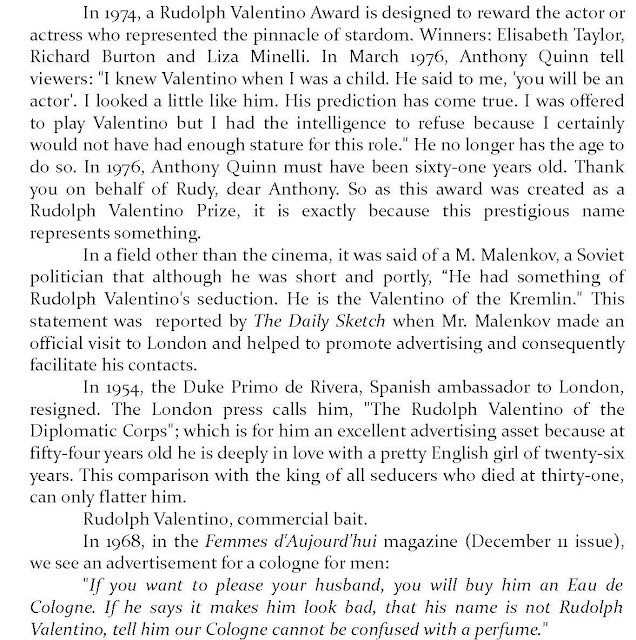 I say "Cin! Cin!" Ms. De Recqueville for your fabulous documentation! And "Cin! Cin!" to Renato for giving it all to us in English.