Michael Morris always thought that Natacha's aunt, Teresa Werner and June Mathis were in love with Valentino. I think this can be argued with Mathis and Michael and I did debate that every once in a while. Teresa Werner presents another situation for me. I discovered in the court records how Valentino was paying Teresa Werner's mortgage for her house on Sycamore Street in Los Angeles.

It is consistently reported Valentino thought of Teresa Werner as a mother figure and that is why he named her in his will. I am not so sure about that and although he loved his mother, I do not see him searching for a new mother in his life. Why did he not name Mathis, or Muzzie for that matter. I think he felt a responsibility to ensure Werner had her home no matter what happened to him and that was that.

Michael Morris cited Teresa Werner traveling on with Valentino to Castellaneta as an odd thing. He wondered... why did she not accompany her niece Natacha back to France?

Renato referred to Mathis and Werner as Valentino's “shy lovers”... two women who worshiped the man quietly and who were undoubtedly not immune to his allure. (below Teresa Werner and Beatrice Ullman - this photograph was taken when Ms. Werner arrived back in the U.S. to defend her interests in the Valentino estate from Alberto Guglielmi Valentino. At the time Alberto was petitioning the court to have her removed from the will.) 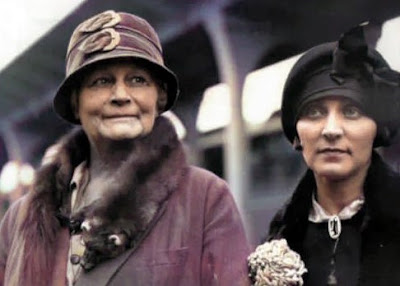 June Mathis with Doug Gerrard and Valentino on his release from jail. (see below) 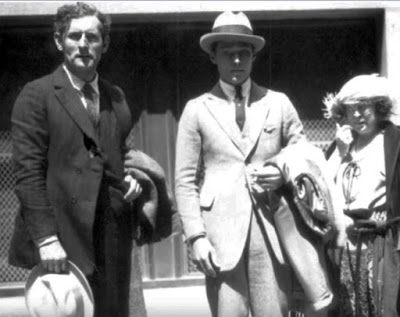