Of all the research discoveries I made over the years, I think the most intriguing was my theory that Jean Valentino was Rudolph Valentino's love child. This was something first suggested to me by my literary agent some time in 2003 and I then began trying to prove or disprove it and see what the facts were.

I discovered a decades-long cover-up, with many documents missing.. with the surviving bits and pieces creating a story which became more coherent and obvious over time. To date not one piece of evidence I have uncovered disputes the theory. I was perhaps the most skeptical of all and it took me years to be convinced Jean was Rudolph's biological child. I presented the story as a circumstantial case in Affairs Valentino and included in the book's Special Edition, our follow-up research and analysis.

I ask today what would you conclude from the following?

Why would a loving mother send her favorite son to America knowing she would most probably never see him again and do this in the dead of winter a few weeks before Christmas? This was long before ships had stabilizers and at a time when the North Atlantic Sea was bitterly cold and rough.

Why did Rudolph's brother Alberto tell Spanish journalist Baltazar Cue, he did not see Rudolph before he left for America because his brother had to go first to Turin to see a woman he considered his great love?

Why did Alberto appear to be employed as a City Clerk in a town where he and his wife Ada held no official residence and where Alberto would be able to register Jean's birth? And I add a job he would leave shortly after this.

Why.. under the address of the baby Jean's birth and residence did Alberto pencil in an address in Turin; hundreds of miles from where he was registering the birth?

Why was this address that of Alberto's wife Ada's family, the Del Mazzones who moved to Turin just weeks prior to the birth?

Why did Gabrielle, Rudolph's mother, leave with her daughter Maria when baby Jean would have been but a couple of months old to move to France and an active and deadly war zone? Why would she leave a peaceful city of Taranto, her son Alberto and her new and only grandson to flee so far and into conflict?

Why are there no baby pictures of Jean and the first we see are the ones taken in Campobasso in 1923 when he was nine years old?

Why was Jean given the French version of the name Giovanni?

Why are all of the Guglielmi family forms missing from Turin, Campobasso, Santeramo en Colle?

Why is there no registry evidence of Alberto or Ada as having ever lived in Turin when they cite this as residence on American immigration papers?

Why did Rudolph send regular funds to Alberto to support Jean?

Why did Alberto tell a reporter in 1977 that Rudolph attempted to legally adopt Jean?

Why did Rudolph bequeath his estate to Jean Valentino?

Why was evidence of this hidden for decades... why did the second page of Valentino's will disappear with Alberto telling the world he, his sister and Natacha's Aunt Teresa were the heirs. They were not. They were to receive designated weekly stipends while George Ullman managed the estate funds to produce movies and invest while only Jean stood to inherit the estate when he turned twenty-five. This was covered up and I have addressed this from many angles in the books and in the podcast episodes.

And why did nearly everyone who saw Jean personally when they visited Rudolph in 1926... including Baltazar Cue and Pola Negri... comment on how Jean looked exactly like Rudolph? And Bill Self told me the same after knowing Jean as an adult.

Why, in her speech in Turin in 2009, did Jeanine Villalobos read a letter Rudolph wrote to Ada...in which he comments, “If Jean grows up to be like me...” How many uncles wonder if their nephews will grow up to be like them and not their fathers?

I guess you see my point and the timing of Jean's birth makes this all possible. This is a compelling circumstantial case and it was never built from one piece of evidence but from the totality of them all.

I think it was a common predicament and for some families it still is. But if Rudolph got a young woman in Taranto pregnant, why did he not stay to marry her? Perhaps because she was already married? And if she was already married then why not just say it was a child of her marriage? I believe something happened which made Rudolph's banishment to America necessary to save two families reputations. Did he have an affair with his sister-in-law? This would sure explain it. But who was the mother? One of Ada's sisters? The Del Mazzone family lived at the address Alberto penciled in as the location of Jean's birth.

I believe... as I have written... that Jean was born in Turin at this address Alberto entered as Via Nizza 9. I believe mother Gabrielle could have arranged the position of City Clerk for Alberto with the sole purpose to register the child there and with a French name. She would then have been able to travel to France with the baby and Maria. If this was the case, when she died, Jean would have then appeared back in Italy only four years old.

Did Gabrielle plan to reunite Jean with Rudolph in France? Were the reports of Ada's fragility and nervous condition a result of living her life with a great secret to bear?

There are so many unanswered questions but it is my belief after studying all the documentation we did uncover that Rudolph left for America as a total banishment. If he had not become rich and famous, the Guglielmi family would probably have never seen him again. Unless you were very wealthy, you did not travel back and forth between New York and Castellaneta. Even today that is a daunting journey and I know because have made it.

I know there are those who find issue with this theory but I stand behind it until something proves it otherwise. And I add I have never stated this as fact despite others claiming I have. But I believe personally Rudolph Valentino could have had a son and made him his sole heir. People do not generally make their nephews sole heirs and try to adopt them. And Alberto's agreeing to a possible adoption is stunning as it meant he and Ada were willing to surrender all paternal and maternal rights to “their” child.

I am extremely proud to have been the person to share this evidence and hope some day this will be confirmed and oddly it might have been... which I mentioned in a previous post and share again here. 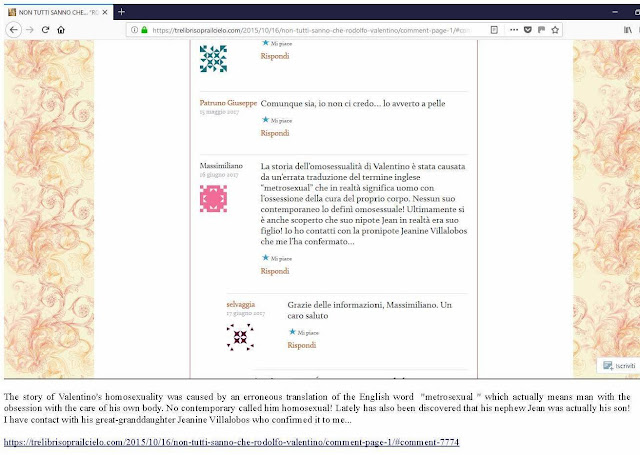 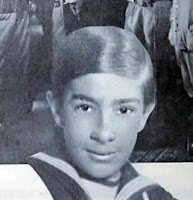 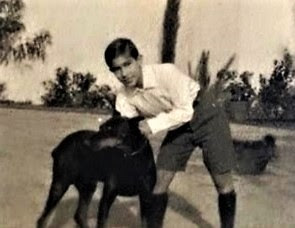 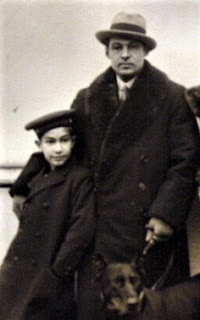