On the Subject of Anonymous

One of the more absurd claims David Bret repeats in his bullshit version of events... is his stating that I sent the online group Anonymous to, I guess, attack him. First of all they attacked no one but more about that in a minute. It went like this:

I received an email some time in 2013 I believe, from Anonymous. They told me they had been watching David Bret's vicious blogs against me, wanted to help and told me that they had already contacted him.

Well at that point anyone, and I mean anyone... offering to help felt like a gift from heaven. But I had no idea who they were and had to Google “Anonymous”. I am still somewhat confused as to what they actually do but until that day I never heard of them.

Well apparently Bret was intimidated because he instantly removed his many blogs, I think he was running about five or six about me at the time. I wrote the Anonymous contact back asking all sorts of questions and obviously was so very hopeful they might actually bring an end to the daily torture being churned out by Bret and the “team”.

I did not get an immediate answer and sure enough within a few hours all of Bret's sickening blogs were back online and he was on an hysterical rampage. I wrote again to Anonymous asking them exactly what was their plan. When I heard back they replied they would have a meeting and let me know. Well of course this all incited Bret and he ramped up his attacks and opened more blogs. I grew increasingly disgusted with Anonymous because all in all they had just handed him fodder and made my situation worse.

I think I heard two more times from some person unnamed to tell me they were going to have their mythical meeting which apparently never happened. The entire subject faded away except for Bret's whining about it.

And oh hell yes...If I thought they would have helped me and if I even knew about them I would have contacted them. I did contact police several times in three countries, lawyers, Google, any possible venue in the hopes of making the Bret horror stop.

Meanwhile Bret has accused me of absurdities which are too numerous to list here today from drug abuse to incest to homophobia to being a nazi. He has accused me of trying to kill him, plotting with Anonymous, and blah blah blah. I have addressed the identities of his cohorts and “the team” (and yes they called themselves that proudly for years).. It is not rocket science to figure how the why and who of their "organization"..And on this I share this item from my files which was forwarded to me from someone on a site called, Nitrateville... 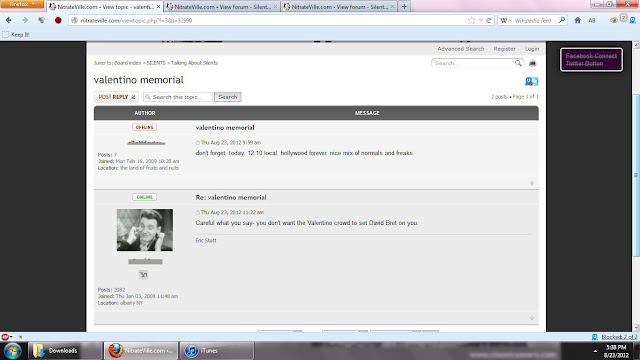 And yes for the record, Bret lost the lawsuit I filed against him in 2016, and now must pay the damages due plus all of our legal fees. I share one page of the Italian judge's verdict where she reviews the type of abuse Bret levied against me. 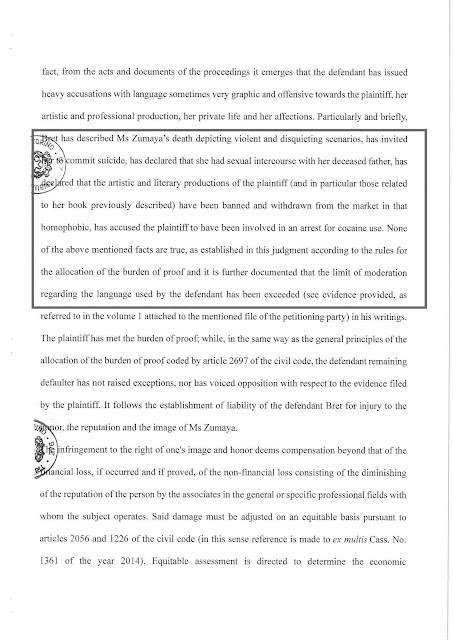 For the record I did not contact Anonymous and somehow they found Bret all on their own. This has become such a huge theme for him and he has gotten so much mileage out of it that I now think he was behind it all. He sent that original e-mail to me for God knows why but perhaps to make himself look like the victim as this is his only theme; such as his poorly orchestrated Chris A. Wagenti, Christina Wagenti scam which I will address here soon.

On a lighter note I found this image in my files while sorting; Johnny Depp as Valentino's Sheik. I apologize for the poor quality of the image but still find it interesting. 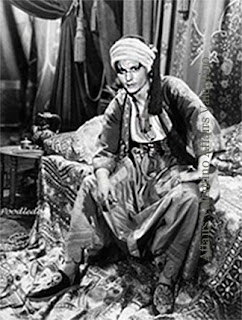 And to those who have found this blog and may be reading I say thank you and stay safe. Stay indoors and God Bless!