For the "Cowards and Jackals"

This letter written by Natacha Rambova's cousin, Ann Wollen to Michael Morris is so articulate about the issues facing Natacha, I feel it must be shared. She expressed her awareness of the “cowards and jackals” who make their “dimes feeding off the dead”. How apt is that? And it seems so little has changed.

I have always been mystified why Natacha is so vilified. People marry, they divorce for various and personal reasons and they go on with their lives. It is absurd to lay blame on Natacha in light of all she contributed to the image and career of one Rudolph Valentino. Michael Morris was adamant she was the “Woman Behind the Myth” and George Ullman wrote how Valentino owed Natacha a great deal. I think this tired bashing is just part of the false narrative portraying Valentino as everyone's victim. I dispute that 100%.

It is sexism, misogyny and ignorance to continue to bash this great woman who contributed so much to this story. Whatever their personal issues were there is no doubt Rudolph Valentino and Natacha Rambova loved each other deeply. And as I learned while writing Astral Affairs Rambova, those who were there with Natacha in France during the last week of Valentino's life, report they reconciled and were exchanging loving cablegrams. This is confirmed by a second source in The True Rudolph Valentino by Baltazar Cue.

I often wonder what happened to those cablegrams. Did they end up being tossed to the wind like the letters to Bruno? Did the censor sell them off to anyone, anywhere so they would vanish forever? For surely proof of Valentino and Natacha's reconciliation would not be a comfortable fit in the false narrative espoused by the, “cowards and jackals.”

Times are so tough right now... I say give Natacha Rambova her moment and let up on the bashing which is unfounded, idiotic and cruel. 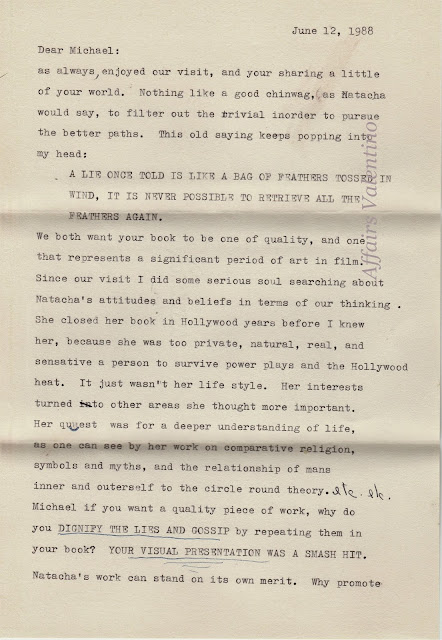 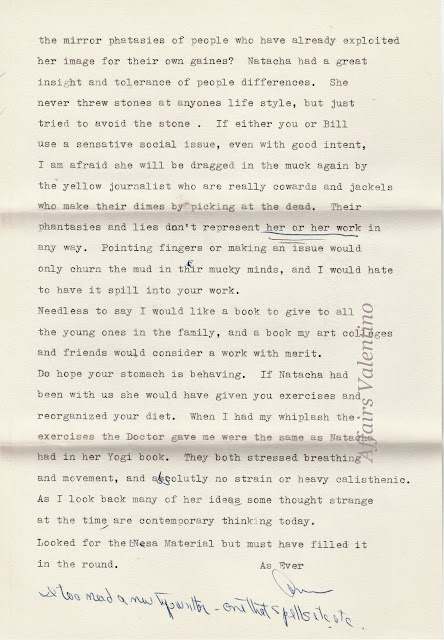