Michael Morris and I worked together on Beyond Valentino for a few years before we really became serious about finishing it. He wanted the book to be out on the 25th anniversary of Madam Valentino. He did not quite make it.

His discoveries were many and mighty and when he passed away I negotiated the finalization of some of them; the use of the fabulous Mallorcan images (see below), the essay on the Spanish Civil War with William James as commentary on Rambova's essay, “Arriba España”. I worked with Rambova's god-daughter Maria Salomé and sent her a copy of the book. And together Ms. Salomé and I discovered Rambova's make-up line. Completing Beyond Valentino was an enormous amount of work and a labor of love.

Since I have been custodian of Michael's archive, I have had several occasions to grant permission for use of some of his materials. It is always a pleasure to work with honest people seeking proper attribution and permission.

I think I have made my point here about my guarding Michael's archive and collection. It is sacred territory. 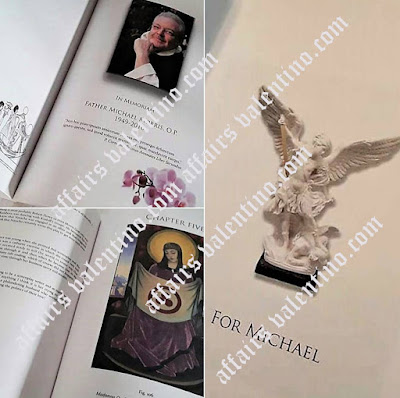 The tribute pages in Beyond Valentino. 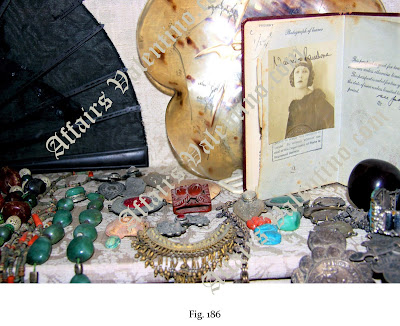 One of the images of Rambova's belongings she left behind in Mallorca when she left Spain.