In My Opinion This is Absurd

So Cindy Martin has established a Facebook group for Natacha Rambova. Good grief why? This is the same woman who trashed the launch of Michael Morris' book, his posthumous book, “Beyond Valentino” and who accused me of “never knowing him”, of forging the court records, of taking advantage of his grieving family and posting fake e-mails from him, and swore my lawsuit v. Bret never existed, etc. Wow.

In my opinion, I can not think of a poorer and less informed candidate to run such a group than Cindy Martin. She has attempted to take credit for my research..revealing as her word how Natacha Rambova was not mentioned in the United Artists' contract. Did she find that copy of the United Artists' contract? Did she write it into a narrative? No, she did not. I did. Would it have been the right thing to do to credit me for this? Yes, it would have been just that.

Now she claims to be a cousin of Natacha Rambova. In my opinion this is absurd.

And just who is she? I know I stand alone in my belief she is not who she says she is. Yet, I maintain this. Where did she come from? In 2014 or so, Dom Caruso befriended Renato over his order of Affairs Valentino. He was the first person and only person to refer to Tracy Terhune, David Bret, Jeanine Villalobos and Donna Hill as “The Unholy Four”. I did not entirely agree.

But at one point a Cindy Martin joined his Facebook group... and he appointed her an immediate administrator and referred from then after to the “Unholy Three”. When I asked him who he eliminated from his "Unholy Four",  he disappeared. Go figure.

This force of Martin rolled on in and immediately deleted Renato, Michael Morris and from her day one commanded an unquestionable authority.

So I issue my statement to this entity... Cindy Martin... that if I hear she is using Michael Morris' images, letters, correspondence, etc. without my permission....I will enforce his copyright to the letter of the law.

You see this “Cindy Martin” was wrong, wrong, wrong about Michael and I. We were dear friends, working fast and furious on his Beyond Valentino when he died and it is to me a disgusting turn of events that the woman who openly told people Michael Morris' final word on Rambova was a fraud... and advised them not to buy the book... now opens a tributary blog to the woman?

And I will add that there are actual living blood relatives of Rambova... residing in Salt Lake. I will alert them to this news and hopefully they will oversee the situation. Because they do, they have and are serious about doing this in the future. 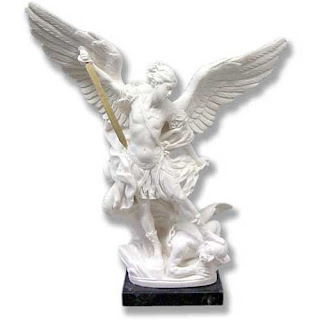