How I Feel About This

So the Valentino cult now organizes their full-on assault on Natacha Rambova, spearheaded by "Cindy Martin", the woman who bragged openly she was “instrumental” in having our books removed from sale and who maliciously lied to prospective readers of Michael Morris's posthumous book, Beyond Valentino...a book he was working on when he suddenly died. When asked about the new book by Michael Morris... Martin told the interested person that there was no new book written by Michael Morris. Beyond Valentino, she lied, was fraudulently written by me.

The Valentino cult knows only to tear down with gross fabrications, innuendo and insults and continue their undermining and “ruination campaigns” and all to be free IMO to destroy any truth about Valentino and Rambova. As “Cindy Martin”has a history of taking full claim and credit for my research and discoveries and being consistently more than horrible towards me, Renato and our work... I personally think she is the wrong person to “go to” about anything Rambova or Valentino and can state that most all of what she says about me is a straight up lie.

For the truth is I met and worked with so many memorable and interesting people while I spent that year finishing Michael Morris' posthumous book, Beyond Valentino: the artist in Madrid who restored the image for the cover, the Egyptologists from Yale who wrote an essay about Natacha's Egyptological life's work, and William James, historian on Mallorca who worked so long and earnestly on his essay on Natacha and the Spanish Civil War.

Let's just say this...I am very protective of Michael Morris' archive and his last work... and in this I assume my position as enforcer of his copyrights and legacy. I champion the cause here with all that this entails. And today it entails letting people know how I feel about this.

Michael envisioned Beyond Valentino as a smaller volume and when he died we were struggling to decide which images to include or not. After his death, I decided I would include them all, the book would be a monument to Michael and as his “final word on Rambova” everything had to be included... there would be no revisiting this for Michael.

And I felt strongly that the book, in light of its spiritual significance... be iconic on its own. I really feel it is and am happy about that. 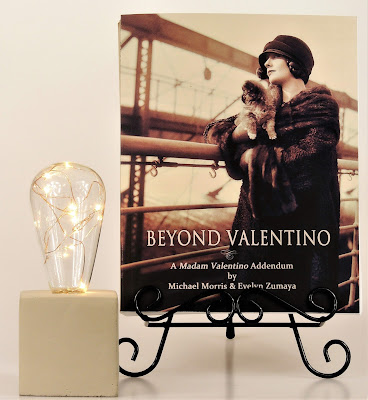 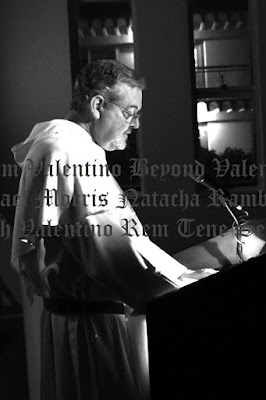