I share one more article on the subject of Alberto Guglielmi Valentino's intent to follow his brother into films. I think anyone can do as they wish with plastic surgery and do not post this in a judgment of any procedure. I share this because it is currently being alleged Alberto was some sort of victim in his quest.

Parading in public with reporters does not demonstrate a victim stance for me. I guess there is nothing wrong with his wanting to succeed his brother in films but later on Alberto claimed he never had such intentions. And today it is falsely claimed Ullman was responsible. This article is also interesting in that it mentions Ada's show business history. From the LATimes, October 19, 1927: 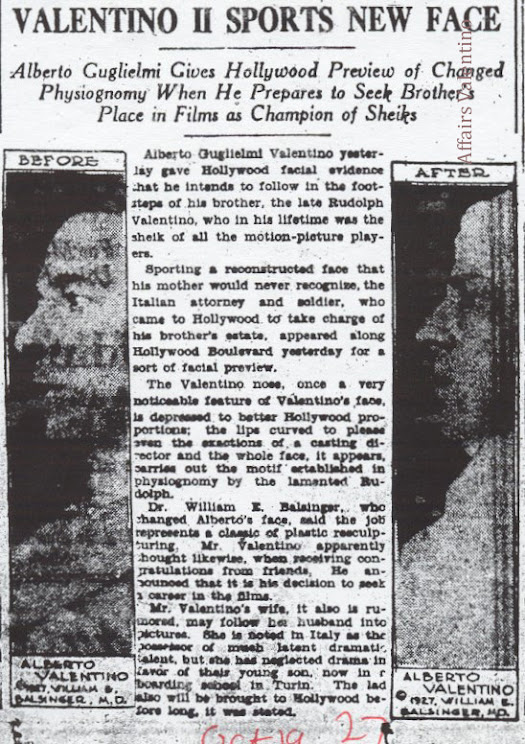