I think it was something not so widely known until I brought it forth, that George Ullman fronted most of the money for Natacha's movie, "What Price Beauty". The history of that movie is a subject for another post some day but I wanted to point out what Rudolph Valentino himself said about Ullman's investment.

I believe the amount invested was about $40,000 which by today's exchange rate would be x 15 or $600,000. So I emphasize how absurd it is for Tracy Terhune to be claiming Ullman "stole a cane" worth less than a hundred dollars, presenting this in a mocking way dearly hoping this will impugn Ullman in everyone's eyes. Such a measly and peevish point by Terhune speaks volumes about him and in fact says nothing about Ullman in light of Ullman's mighty personal investment in Natacha's movie.

An interesting quote from Rudy himself (see below). And I venture to say he would not be pleased today at all with Mr. Terhune's attempts to portray Ullman as a thief and bandit when S. George was the hero of the story hands down. 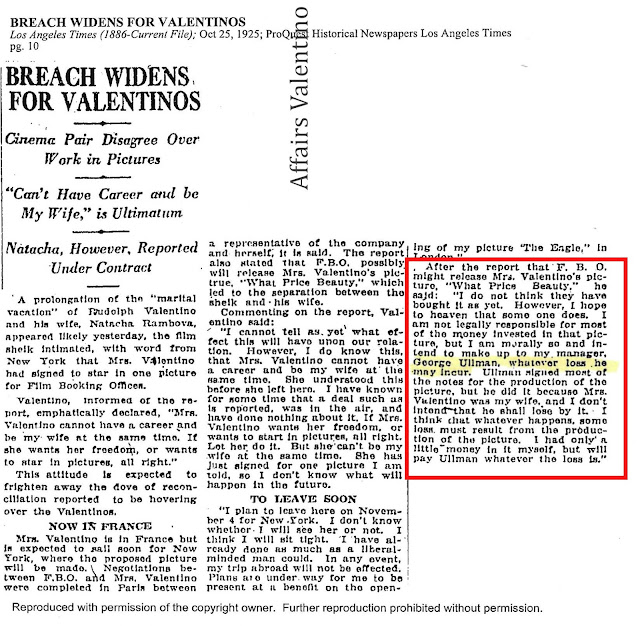