To the Attention of Simon Constable:

In response to your recent name-calling of George Ullman...I ask... why are you so very angry at George Ullman and also Frank Mennillo? Why do you seem so determined to tear these two great men down with your tragic insults and contrived rewrites of their actual lives? I surely have presented you with enough information over the years for you to know who these men were to Valentino and what they did for him. You surely have in the least taken a glance at what I discovered.

George Ullman was a fabulous character, a boxer, a classical violinist... an ad man.. and I can see why Valentino immediately wanted him to manage his business affairs. George managed things and he was no stuffed shirt as the expression goes. He was a kind of scientist in that way about life and the numbers he crunched made it work. I will not waste everyone's time here by recounting the incredible numbers he put up bringing Valentino back to work and in negotiating those fat contracts with Joe Schenck which would have made Valentino a millionaire within months had he lived.

And Frank Mennillo was swashbuckling Italian prince. Yes, he separated from his wife Zelinda and they had to work through a very rocky beginning to their life estranged. Simon, you find that Frank pulled a “John DeSaulles” and refused to return his son to his wife at the appointed time after a court scheduled visitation. For that he briefly faced charges of kidnapping until he surrendered the child which he did. So Simon, you peel your blaring headline off the presses saying Frank Mennillo was a child kidnapper. Who are you kidding? The rest of the story...which I reported on in Affairs Valentino ( a book you should read at least once in your life)... would have been good to share, Simon.

Frank and his wife were married their entire life. Although they were separated, both being staunch Catholics they did not believe in divorce. But they worked through their issues and co-parented their son who shared great memories of both of his parents with his son who I interviewed. Frank Mennillo's grandson shared all of this and much more with me.

I am not sure what you feel you gain in demeaning these two larger-than-life characters in Valentino's story, Simon Constable. Does it make you feel better in some way to loudly proclaim Valentino was so clueless he surrounded himself with crooks and bandits who, except for that handy handyman...were all out to destroy him? He did not and you know that. I believe Valentino was an astute judge of character and a savvy businessman himself.

I have lived a long life young man and to me your name-calling of these fine people demonstrates far more about you than they. Because I think it is more apparently about how badly you want to win favor in the eyes of the Valentino family and sadly motivated not by any truth but by how badly you want me to be wrong, to be ruined and debunked to the nth corner of the universe. And that makes your participation in this... all about you and not Rudolph Valentino.

Do you not care about the documentation and the facts I brought forth? Do you really still possibly think Valentino did not sorely need and appreciate both of these great friends/guardians? They were not saints but who is? Takes a lot to become a saint, Simon Constable, the process of canonization can take decades or even centuries to complete. Hence most of us would be just mortals.

In my opinion Simon Constable, you would be so much the grander presence if you built up Valentino's legacy instead of bringing it down. Pardon me for still having hope.

And don't be trash talking Valentino's old guard; sensationalizing with comments made entirely out of context. Frank and George were there until the end. They both led lives of great stature and earned the respect of anyone who knew them.

Because they can not be here today to defend themselves, I will do so for them. I think you have nothing against Ullman or Mennillo but you are against me because I discovered the truth and by default consider me the heretic. 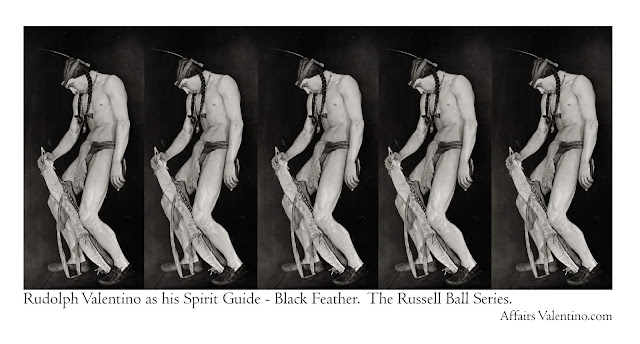