*The documents shared in this blog are all public record. Passages and clips of images are excerpted under the guidelines of Fair Use as they are posted in brief to support the narrative. All of these public documents are available to anyone accessing the court archives.

In 2014, after four years of online attacks from David Bret, which he posted daily on multiple social media venues and at one point on some five blogs designated to threatening me and savaging our reputations...I sued Bret in The Court of Asti in Italy, charging defamation. I won the case in 2016 and Bret was found guilty of defamation.

As he has continued to bully and defame me by posting online that the case was fraudulent, the lawyers “crooked” and that I faked the entire thing, I share a few pages of the verdict. I address Tracy Ryan Terhune's comment meant to diminish this verdict; his  saying it was “just a default judgment.” Well, it was not.

In Italy there is no default judgment and in her verdict, the Honorable Judge Monica Mastrandrea included a good deal of specific commentary about her judgment. (see below excerpted) She found David Bret guilty of defaming me and condemned "the offending nature of his behavior".... I add he has yet to comply with a single aspect of the Judge's verdict and that is where the case stands currently as he continues to bully us, bully all of our attorneys and even the legal firms they work for. And throughout this gross violation of a standing court order, Tracy Terhune provides a platform for Bret to post illegal defamation of us disguised as commentary on his hijacked blog he runs under my book's title.

This is a public case and always has been and all documents are public records. To read the case as it was filed, the Italian court's official translation of the verdict and view the body of evidence presented against Bret visit, www.zumayawinslawsuit.com  And I quote Judge Mastrandrea's verdict: 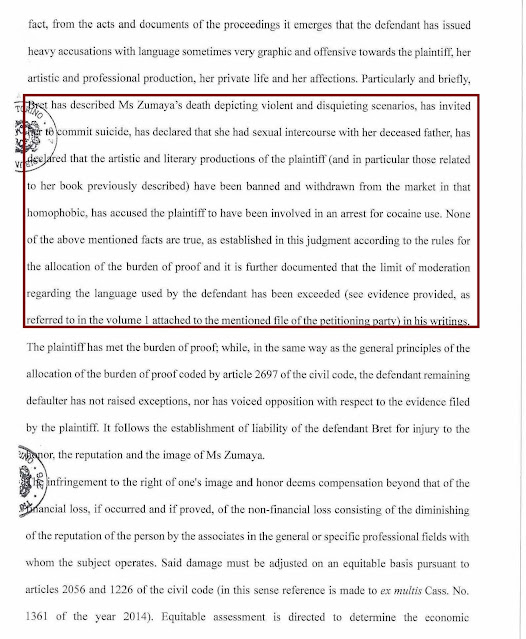 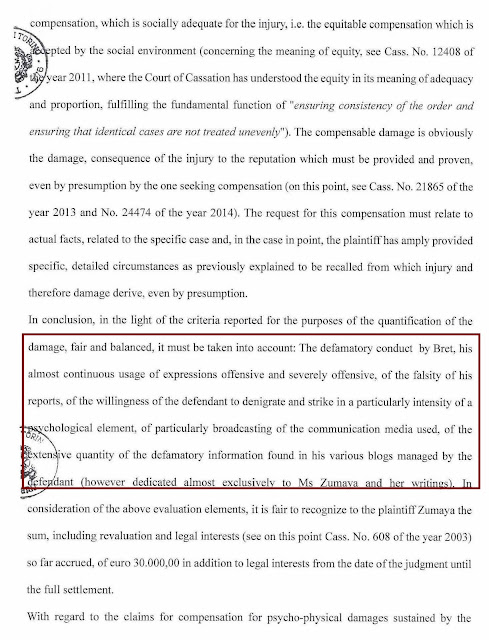 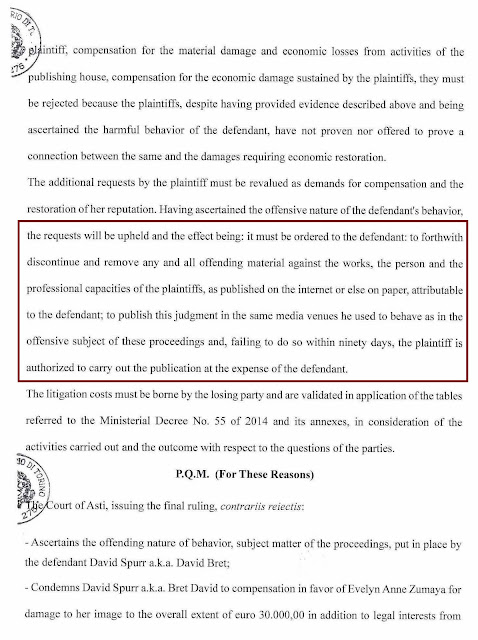