One of the more disturbing aspects of the, “Campaign to Ruin Evelyn”, as devised and perpetuated by Tracy Ryan Terhune and David Bret, with the tacit approval of Donna Hill and Jeanine Villalobos... would be the following. In their campaign effort to bury our work and ruin our names, they have recruited spies... people acting as operatives dispatched to convince me they support our work and initiate a communication as a supporter and friend, gaining my confidence.

In pointing out this situation, I want to be clear I am referring to a few notable people over the years who had other motives for saying hello and not the wonderful supporters who are genuine, knowledgeable and generous with materials and their time. It was always depressing for me to realize someone was not a friend, but an operative out to gather information about me and our work.

One woman admitted this was exactly what was happening when discovered saying, “Yes, I have friends on the inside."

I asked and still ask... The “inside” of what? Am I on the outside? Something to ponder, but I think it is pretty obvious to anyone knowing this story.

She went on to explain that “they” just wanted to know how the work on the Ullman Memoir was going; (this took place during that time frame.) I recall this woman being extremely interested in our location when we were traveling that summer. At one point she asked me if we were going to go to LA to attend the crypt service.

Another person contacted me with praise for Affairs Valentino, asking for our home address saying her son was coming to Italy and wanted to swing by our home to bring me a gift. I felt uncomfortable doing so and told her we were traveling. I never heard from her again and am not sure what happened to that gift.

Well the spies/operatives do their best and some get farther along than others before I wise up. I am sure they all believed/believe they were and are doing something worthy for the Valentino cause/family. And I have no doubt when they get results for their Rudy espionage, they are rewarded. How thrilling to have a new Rudy image, a Rudy shirt....

I was once accused of being “eccentric” and “paranoid”. Well absolutely I now am. Anyone else would be too at this point... all things considered what we have to endure from these people. I was extremely disappointed way back then, and still am to learn and relearn these awful lessons. I was not an eccentric, paranoid woman way back then but I am now because of their aggressively sinister and unending campaign.

Are there spies in the Valentino world dispatched from the “inside” ?Incredibly, there are. My point in sharing this today? To say I do not appreciate anyone's decision to assist in any way those people who do their best to make us suffer; to make our lives very difficult, to openly impede our right to do business and by exacting their bullying best to psychologically exhaust us. Anyone who would rationalize helping these monsters is just as culpable.

This said, despite the efforts to bury our books and prevent sincere, interested people from hearing our stories and learning about the new discoveries...I refuse to surrender to their attempts to make our lives miserable. They are the miserable curs, snapping at the end of their leashes; held in check by the controlling hand of the master. The master with all the goods, all the images, the archives... even stolen ones... the master with all the artifacts and who knows those curs well.

Today is the 2,964th day and counting that Tracy Ryan Terhune has been running that designated hate blog under my book's title.. as solid proof of just how very much he still fears Affairs Valentino. 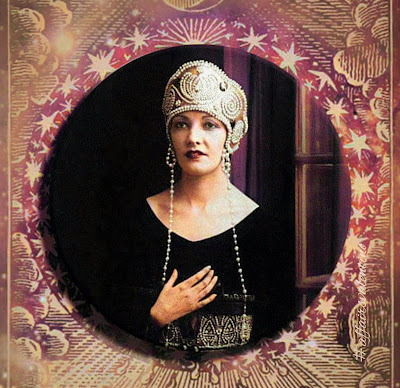 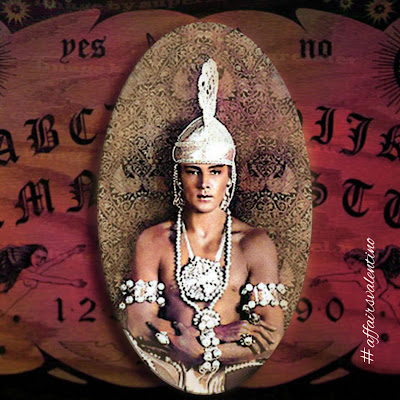