I am absolutely blown away that in August of 2020, I am forced to respond to such extreme levels of political incorrectness which is being directed towards my husband Renato and myself.

I respond to the following:

About twelve hours before this writing, Tracy Terhune reposted his tirade from August 9 in which he said I was in such “ruins” that even Renato could not save me, that I belong in the trash bin of Valentino history, repeatedly called Renato the “man who wears a dress”... and he added a new reference to Renato calling him a “cuck”, meaning an unmanly, effeminate man who is dominated by a controlling woman.... short version of cuckhold.

Terhune rationalizes this name-calling by pointing to my using the name “Evelyn Zumaya” as my pen name. Despite this being none of his business, this really, really bothers him and he hits on it consistently. I think it is so obvious why I use the name that it barely merits explanation. It is obviously part of the Affairs Valentino brand at this point after some twenty years.

If Terhune finds this to be anything else at all, he is delusional. In my opinion, he has an issue with aliases and stage names. He called Hala Pickford a fraud for years because she used a stage name. I am not sure why this is a big deal for Terhune other than it being an absurd point from which to fire his poison arrows at us. If he wants to be the outraged alias police he can begin with his pal David Spurr, a.k.a. David Bret, a.k.a. Albert Morris.

Of course Terhune is free to say anything he wants to about us... that is his right. But to post things like this... name-calling and insulting us to such a high degree... and broadcast it to the world on a blog he admits he runs maliciously under the title of my Valentino biography, Affairs Valentino... well that is what I challenge. I have been challenging him in this for years and will continue to challenge him until he closes that blog and returns the URL to its rightful owner... me.

While he continues to run that shady, shady Affairs Valentino blogspot and do his slight-of-hand post and delete routine...I will defend our right to do business which should not include someone like Tracy Terhune massacring our very existence under the banner of Affairs Valentino. It is a criminal act to stand in front of a restaurant telling anyone arriving that the food is poison. That is impeding the establishment's owners right to conduct business. How is this any different?

How does Tracy Terhune get a pass for being so politically incorrect in the very least and especially now? And in regards to demeaning and insulting a man by calling him less than manly... did that not get corrected universally decades ago? And is this not an exact replay of what Valentino was subjected to by the author of the Pink Powder Puff editorial back in 1926? Has Tracy Terhune not evolved at all about saying these types of things? Maybe he needs to check his calendar because it is 2020 and not 1820.

Within hours Terhune deleted the post again for the second time... but not before this champion captured the screenshots. 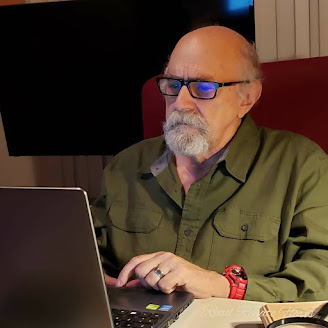