I recently received screenshots from a person I consider to be a Valentino expert who wishes to remain anonymous. The screenshots were of an exchange between Tracy Terhune and Ms. Wendy Winquest. Ms. Winquest shared images and the history of an antique door she purchased which was once a part of Valentino's Whitley Heights home.

Terhune weighed in as an “expert” to inform her that her beautiful antique door was not on the premises and I quote, “during Rudy's time.” Was Ms. Winquest deceived when she purchased the door? I believe she was not.

Upon examination of her door, the unique hardware, the rivets, especially the precise spacing of those rivets and in comparing photographs of her door with a photograph of Valentino in front of the garage doors of Whitley Heights when he lived there... we find the answer. 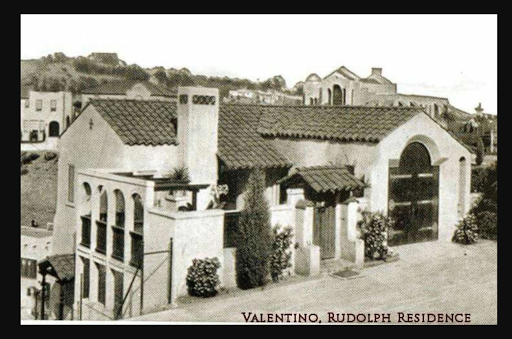 (above) The original garage facade configuration of Whitley Heights during Valentino's residency.

When the home was subsequently owned by the Maybelline family, they initiated extensive renovations which included the removal of the massive garage doors as we see here. 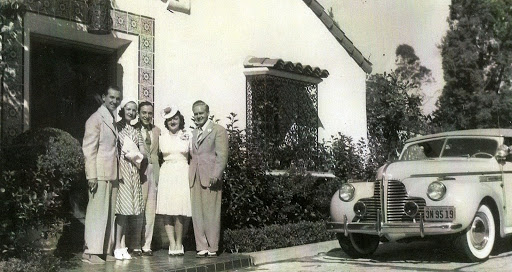 In examining the images of the original garage doors... 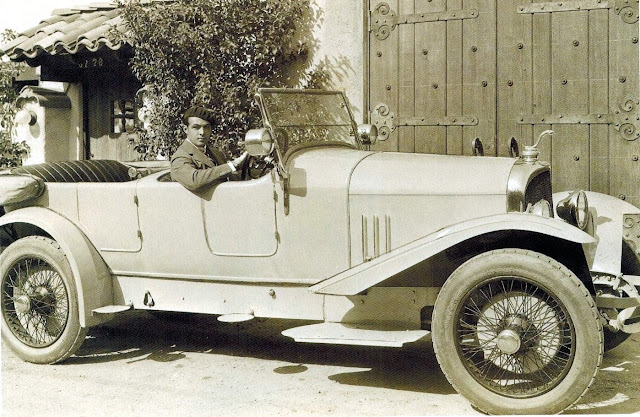 ... and the images of Ms. Winquest's door and another similar door on the property during the Maybelline residency.. the evidence of just what no doubt occurred is apparent. 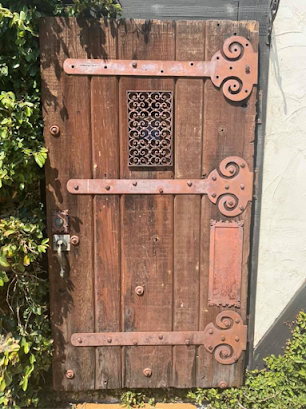 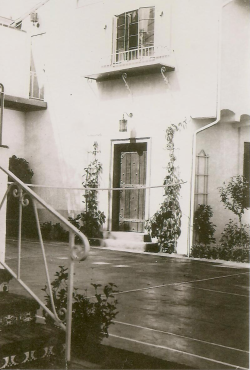 As someone who appraised antiques and restored them for a living for over thirty long years, I can say there are more specific ways Ms. Winquest can analyze her door. The saw cuts are important to look at, the iron rivets can be dated, the wood dated and a determination of where the wood came from can be made. Varnishes and patinas used can be analyzed and a myriad of other processes available could be pursued. In this case however, an immediate confirmation of the source of her door can be made from photographs and this alone establishes significant provenance for her intriguing piece.

However, this process of verification and appraisal should be conducted by a professional appraiser and in my opinion never by anyone with a potential financial interest in the antique. I recommend specifically never consulting a collector for an appraisal. The collector's assessment is inherently based on the financial exchange system of the Valentino memorabilia market and where there is a profit to be made, the appraisal is more often than not compromised, if not corrupt by the hope of securing a choice relic.

I am sure in telling Ms. Winquest the bad news... that her beautiful door was never on the premises “during Rudy's time”, said collector was ready to take that door which he declared worthless... off her hands.

Ms. Wendy Winquest was not sold a bill of goods when she bought the door, not deceived in my opinion and in the opinion of the expert who sent this along. Before its reconstruction, her door did hang on the Whitley Heights garage during what Terhune refers to as, “Rudy's time”. What a treasure!

I would advise Ms. Winquest to not sell the door so cheaply, as I allege it was certainly there during “Rudy's time”, as we can see in the photo of him sitting proudly in his roadster... and yes, I believe her door was refitted, and beautifully, artfully so, from Rudolph Valentino's original garage doors.