When I mentioned in a previous comment that I was "required" to study and understand Natacha Rambova's Egyptological work, I did not mean by anyone else but myself. Of course Renato and I have all the artistic license in the world in creating our books. But we set our standards as high as we can and our motto is pretty much how we work: "Rem Tene, Verba Sequentur". Basically meaning if you know your stuff.... the words will come.
In the case of Rambova's Egyptological material, I needed to be knowledgeable enough to talk about the work with the contacts Michael made who were Egyptologists. This for two reasons: one because Michael was negotiating their contributions when he passed away and two, because I had to choose 100 pages of Rambova's master work. Michael set up the permission to reproduce it, but the entire work is 12 volumes long. Hence my choosing a selection of 100 pages. There were three Egyptologists I spoke with on several occasions about Rambova's field work.
I will not claim I understand much but I find it a science with many intriguing scenarios in regards to Rambova. I imagine her with her team inching along in the pyramid's darkened passageways, meticulously recording the heiroglyphs.
Below the page three from the letter I shared in the previous post. Below that, some serious notes as a report back to the Bollingen home offices. 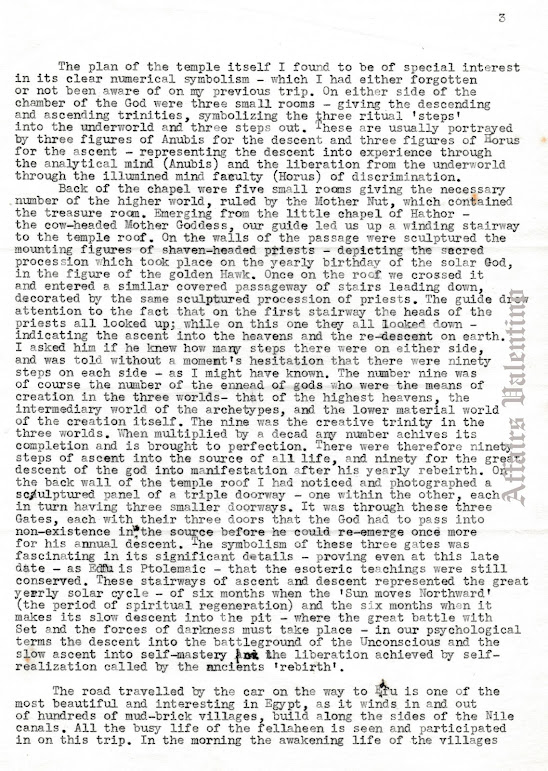 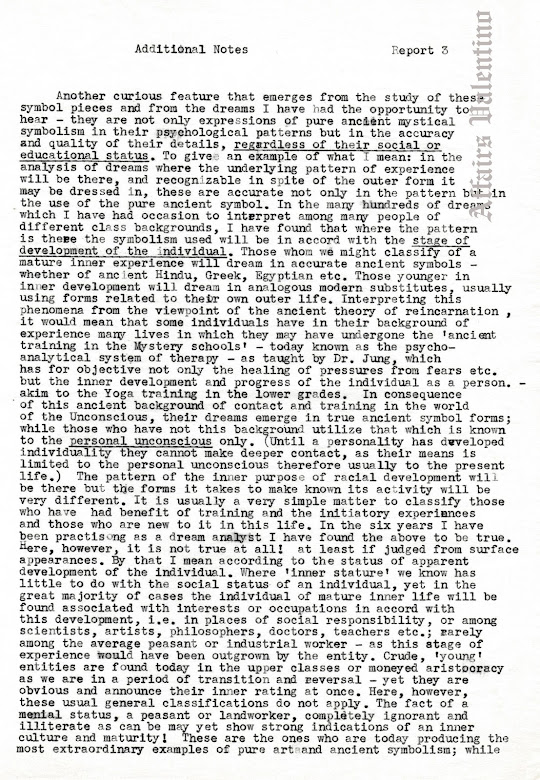 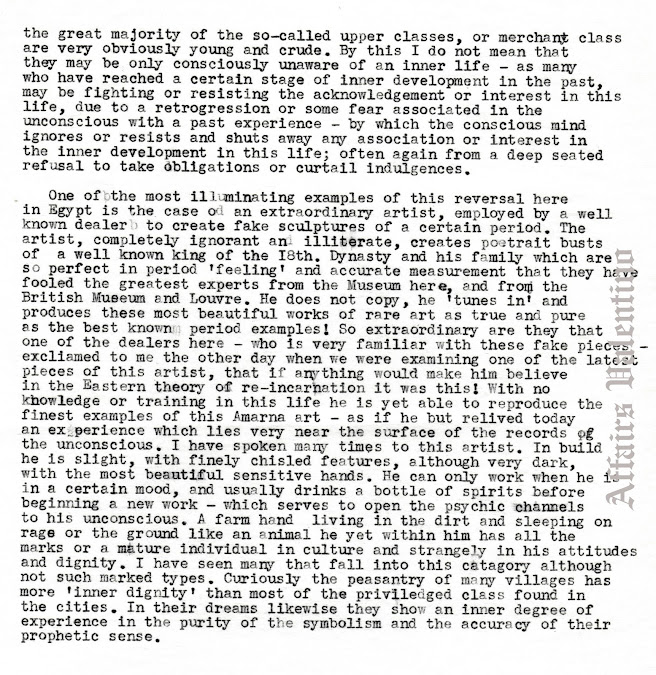