Her "Impression of the Place"

When I began to finish Michael Morris' posthumous book, I did not know much about Natacha Rambova's Egyptian years. In completing Michael's negotiations to publish some of Natacha's life thesis, I was required to read and understand her work.  I found her Egyptological field studies to be challenging but most definitely a fascinating time in her life.

Because her work in Egypt was sponsored by the Bollingen Foundation, her communications with them, as detailed reports about her field work, survived. She wrote long, long letters which are at times only decipherable to an Egyptologist but at other times they are beautifully written descriptions of her life there in the late 1940's and early 1950's.

I share one page of a letter written in February of 1947, on the advent of her first expedition into the Valley of the Kings. The letter is written from Luxor to Jack Barrett of the Bollingen Foundation. The letter is seven pages long and here Natacha describes the many changes in Cairo because of the World War. She then begins her detailed report of the impending trek into the desert. 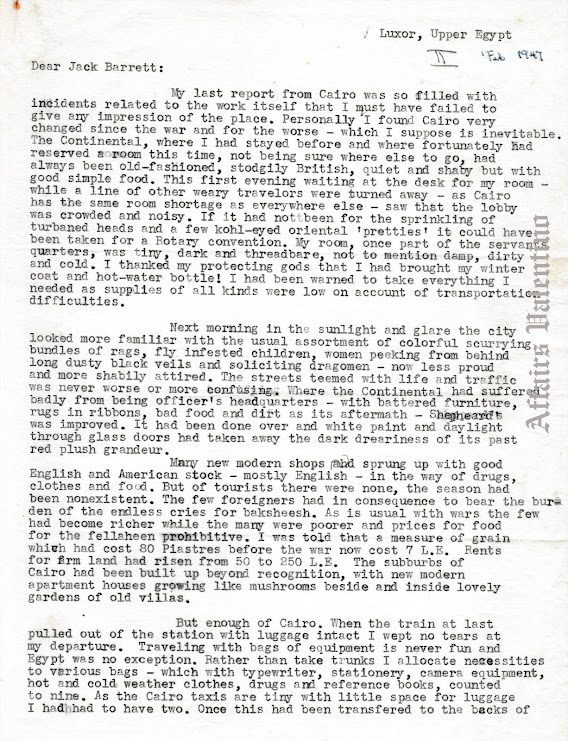