Does it make any difference for me to continue to expose the poisonous mushrooms which seem to crop up over night? This is how someone referred to the rapid fire fake aliases appearing as of late on the two cult Facebook groups, We Never Forget and Mad About the Boy. Maybe it makes a difference, maybe not...but I will report what I know because it enlightens those people on those groups who might care.

It seems David Bret has a new alias; Edel Man. I am informed this name relates, in German, to a man of aristocratic origins. #$@#&%^!! I have made my feelings well known on this blog in as far as David Bret is concerned. I think he, of all people, should use his real name and not hide under an infinite string of fake, corny aliases attempting to deceive people who would never be there if they knew who they were really hanging out with. The truly sad thing in this situation is that he knows he can not be there if he tells people who he is. Fancy that.

Yet he is not so great at fooling people with his signature propaganda and those welcoming him to their groups, namely Simon Constable.. well in my opinion they know exactly who he is. They want David Bret there in any format. Why? Ask them.

Now David Bret (actually being another alias) is someone who has accused me of a great deal (everything bad actually) over the past ten years... with one of those lame accusations being the lie that I use many aliases and post good reviews of my own books under fictitious names. David Bret makes this accusation of me because that is precisely his reality.

Stay safe out there everyone and look out for those poisonous mushrooms. They are just popping up everywhere these days. 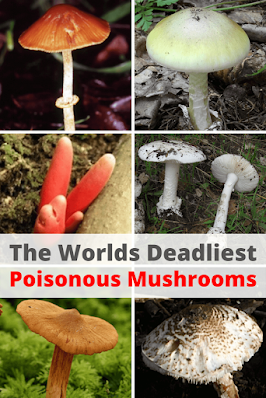