The Value of Truthfulness

While Edel Man, (a.k.a. David Bret) thanks Eleanor Gribbin for her support, I shudder. I shudder because she does this while assuring her members how she would never allow David Bret to be a member of her group. This, while he is a member.

Eleanor Gribbin knows who she is talking to... she knows Edel Man is David Bret. The calculated bashing of Bret on her forum serves its purpose; further assurance he is no where near. Yet he is right there chatting away.

Why? What is the reason behind her irrational hatred of us? She does not have to like our books or us but to defame us, ban our books or even mention of them in her forum, well that says more about her than us I think.

This is a woman who in my opinion knows very well who Edel Man is but fears exposing him as they all do. Do I blame her for fearing him? Not really. But maybe she should not lie to the well-meaning members of the forum and rub their faces in the charade by chumming around with Bret/Edel Man.

I have not heard from Edel Man but he did post a screenshot of the home page of this blog. I thank him for reading!

And to Donald Garner:

I respond to your snide and mocking comment to the account run under the name of, "Beverley Mason" the other day on how you welcomed her to some club consisting I guess of people who I mention in this blog. You found it hilarious to jibe that perhaps the people I mention will all now be wearing club jackets. Since you seem to revel in the honor of being mentioned here, I will give you further cause to celebrate.

I guess I should remind you exactly what this blog is and what it is I write about. Because you seem to be missing the point entirely. This blog is my voice, my opportunity to have my truth be known. This blog is a place where I fight back against the nightmarish cruelty inflicted on us for over ten years now by Tracy Terhune and David Bret and their frightened sycophants... It is here on this blog where I expose the sickening bully behavior of those who openly trash well-meaning people and conduct their Valentino business with a ruthless and malicious intent. If you want proof of this let me know I have a great deal of it...including the entire defamation lawsuit we won against Bret which is posted here @ www.zumayawinslawsuit.com .

I had high hopes for you Donald long ago before they told you not to speak to me. You were a follower on my Instagram account and we were friends for a while. Then one day you posted a picture of a copy of our book of Daydreams and thanked me for “putting it together”. I braced for exactly what happened. Within hours you blocked me everywhere. What did I do to you? Are you that obedient to these monsters who routinely torture us?

I think you must know who you are walking with and I can send you screenshots of Tracy Terhune's worst posts targeting us for your review. I know you would have the right reaction to seeing those.

I was offended and disappointed by your disrespectful comments to the account run under the name of, "Beverley Mason"...and I wonder what did I ever do to you to deserve this?

Donald Garner it is here I fight back to survive. This blog is my reality. For the past decade of my life, I and my husband Renato have been the target of Tracy Terhune's “Campaign to Ruin Evelyn”.  One aspect of his campaign has been to flood the internet with lies about us and our work. Consequently, I intend to leave truth about us and all our work everywhere I can and you, young man should show some respect for that.

And if you are the true fan you claim to be of Rudolph Valentino... you would have nothing to do with not only these awful people but you would do all you could to ensure Valentino's ring be housed in a safe film archive or museum. It is not a toy to buy allegiance to the leader. It is in my opinion beneath you to pose with this museum artifact. If you are not careful you will appear to be seen as just a Terhune sycophant.

So I can not offer you a club jacket, nor a few minutes wearing a ring once owned by Rudolph Valentino. I can only offer my sincere and documented Valentino research which I am sure you would find valuable. 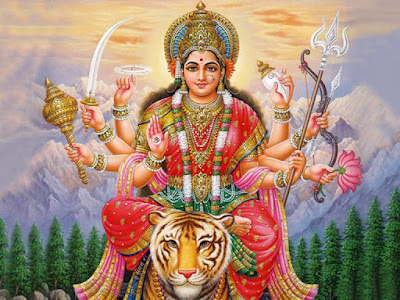