For many years I have watched David Bret, along with Tracy Terhune and Simon Constable drowning the legacy of Rudolph Valentino in a sea of their lies and innuendo. It feels unending, it feels unimpeded and it feels destructive. As Renato and I have worked hard to establish documentation about this icon, these men have done the opposite and worked feverishly to undo Valentino's documented truth.

I have called them out for passing innuendo off as fact so many times, for contorting innocuous situations into their false narrative in an intellectually dishonest way and for lying about sources to an unsuspecting audience for years.

Today I call out David Bret for more contortion and slight of hand if you will.

“...Simon, who in 1926 witnessed Rudy and his great love Andre Daven emerging late at night, arm in arm from a London restaurant.”

He then posts as proof of this statement an article which he misquotes, leaving me wondering if he even bothered to read it. Did he assume no one would? The author says he saw Rudy in Paris and not London coming out of a Bistro. This is the height of innuendo passed off as fact to assume two men leaving a bistro arm in arm are lovers. Bret apparently knows little about customs for Italians where men and women, especially in the south of Italy often walk arm in arm and even hand in hand. And any one knowing the true and documented history of Valentino and Daven knows that by 1926, they had nothing to do with each other. Not at all.

The more disturbing thing about this article he attached was that the author admits David Bret's book “shattered” his illusion Valentino was the great lover. "Shattered” would be the word as this is what Bret does to every single one of his subjects. He shatters any truth because he presents lies and innuendo as fact while citing sources that do not exist. I have proven this many times and will no doubt have to do it again and again.

The wild claims by David Bret are just that and in my opinion a desperate effort to keep his one and only premise alive. I quote the author Thomas McNulty, who once wrote about David Bret alleging he, “wallowed in homosexual innuendo”.

The more perilous aspect of Bret's "wallowing" in innuendo and authoritative lying... is that he has for years cited non-existent sources and attacked to the point of torture anyone who dares to question him. This also holds true for Terhune and Constable and Gribbin.

David Bret claims he owns taped interviews he made with Marlene Dietrich. He claims he has letters written by Andre Daven and some Valentino diaries. I do not believe this is true. I know because I sued him for defamation and won being awarded damages which he must legally pay. He was recently required to submit a detailed record of his assets to the court, in which he alleged he has exactly, “zero”.

Logically, if he had those Dietrich tapes he would have been required by law to report them as an asset and he did not. The same is true of any Daven letters. So either he broke the law and deceived the court or, as I believe... they do not exist.

Andre Daven was not Valentino's lover @ https://andredaven.blogspot.com/ ...and men leaving a bistro together is not definitive evidence of those two men's sexual orientation in any way.

David Bret has also shattered any truth about me, about our work and Renato too. This is what he does... shatter truth and lie about sources. Maybe he should read the truth about who Andre Daven really was and take a closer look at that article he attached. 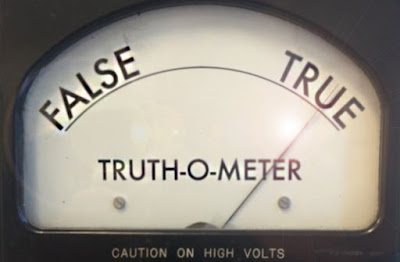