The following document is a publicly available record which can be accessed through the Court of Asti. It is an excerpt of the case as filed in the defamation lawsuit I won v. David Bret in 2016.
So I am referred to as the "unfortunate writer"  facing the "fierce defilement" of one David Bret. I will never be silenced, coerced into complacency until there is justice, atonement, apologies and amends. Today someone told me I paid a "high price" for what I do and I applaud their assessment of that. Thank you. The judge who handed down the verdict in the lawsuit I won v. David Bret wrote a concise piece about what happened and is still happening. The "trickle down theory"? .... David Bret is supported by Tracy Terhune who provides a platform for Bret to violate the verdict and Terhune is supported by the Hollywood Forever Cemetery and Hollywood Heritage. I say cancel all of them for their fierce defilement affiliations. #hollywoodforever #hollywoodheritage #stopbullying 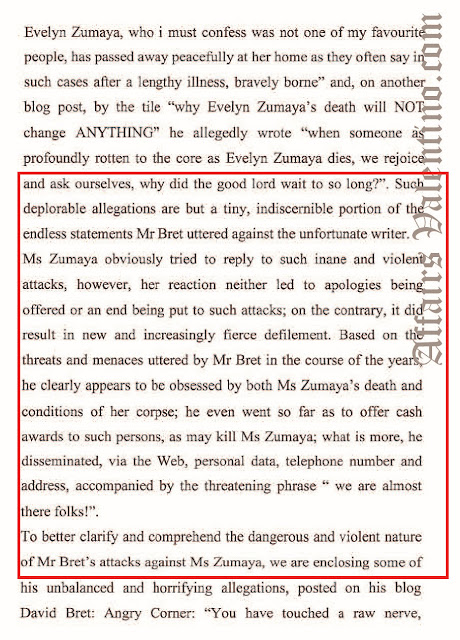