The Rest of the Story

“A final settlement was reached two years later, (she refers to 1934) reducing Ullman's debt to the estate to about $26,000 and exonerating him of charges of mismanagement.”

This is in error because she has neglected to tell the rest of the story. This was not the final settlement (1934) and not at all what Ullman was finally held responsible for by Jean and Alberto Valentino. In 1934, at the time of Ullman's Appeals Court exoneration, the final settlement of the issue of those advances was postponed until Jean Valentino inherited the estate in 1939. This was the final settlement of the estate. Ullman would owe far, far more than $26,000 ( $338,000.00 by today's currency exchange). He would ultimately owe the estate $118,000.00 ($1,534,000.00) and I guess you can see why I feel it important to explain here why this difference.

As a conclusion to the past posts about Alberto's false narrative and this precise subject of Ullman's cruel fate... I share a few more documents from my archive today. The story of that final settlement against Ullman goes like this: 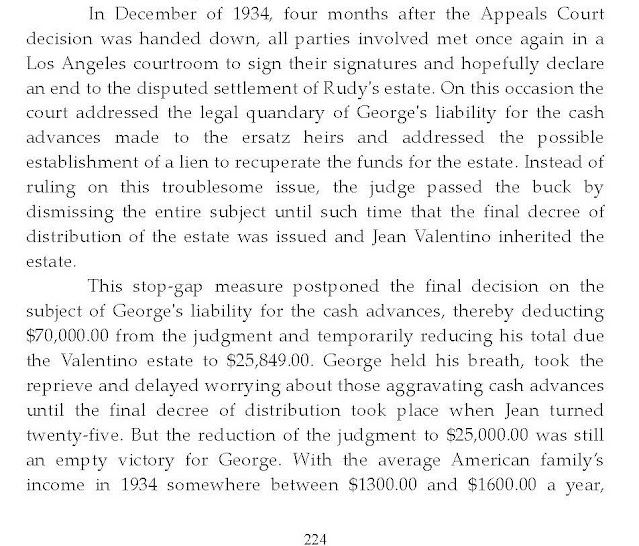 *This is where Leider leaves the story...But in fact Ullman is left waiting for the Final Settlement which would not occur until 1937. From Affairs Valentino: 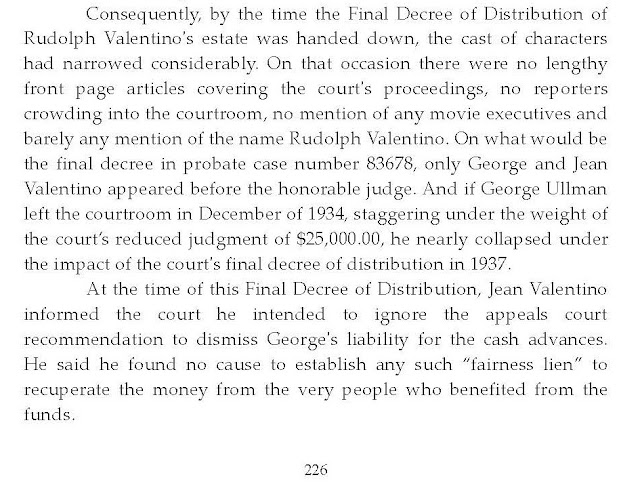 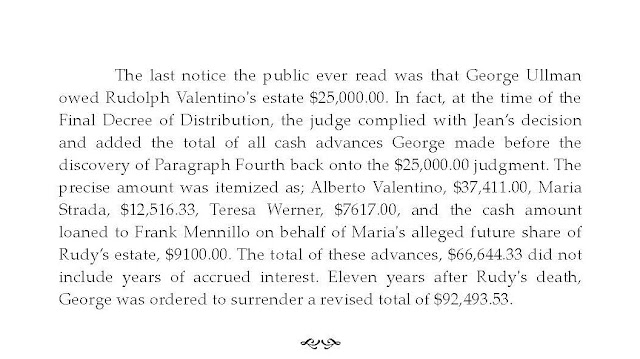 The total by today's exchange would be $1, 202,415.89. How did this judgment grow so exponentially? One word – Interest! The following documents reveal Ullman's hopelessness in this regard. 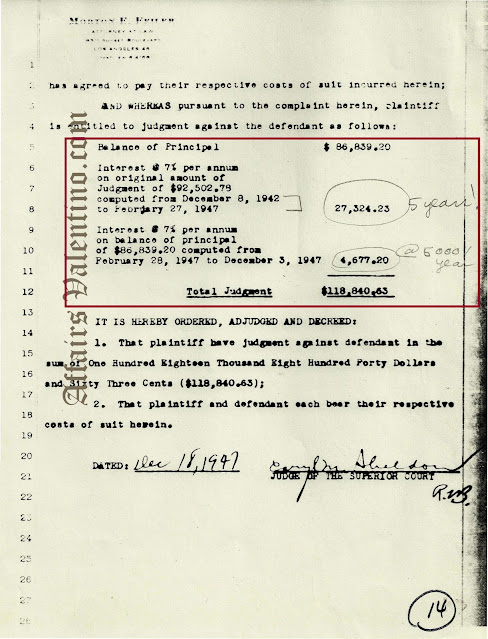 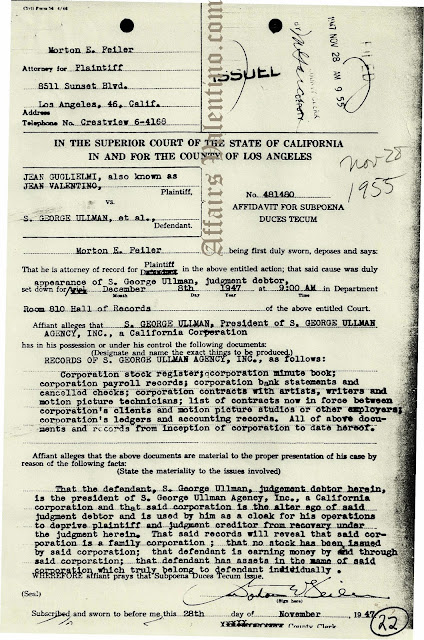 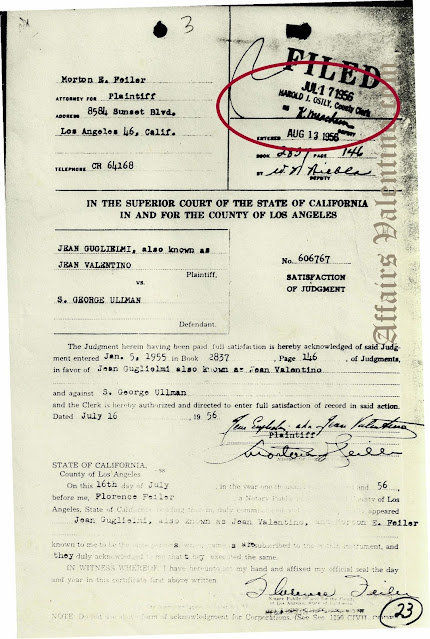 The Valentino estate pursued Ullman for 30 years with the interest accruing for the money he advanced to them in good faith believing they were heirs. I believe Jean should have brought all of these collection processes against Alberto; the person who truly owed him the money. 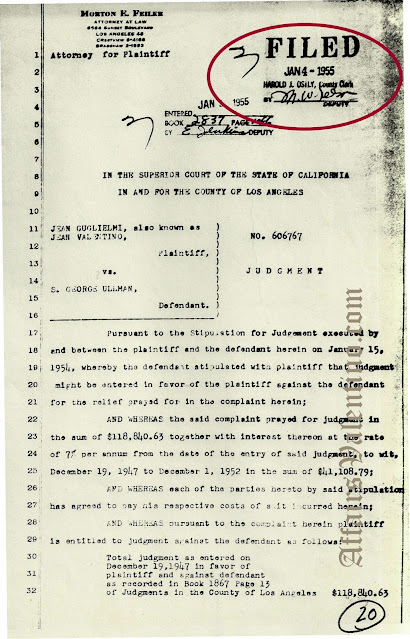 Leider's neglecting to complete the telling of the story leaves a wrong impression as to what Ullman faced and the the judgment against him. I do not wonder who told Emily Leider this tall tale. I would be more than a little upset in her position...due to the fact that the family had access to the court records and they could have given her access to them also.