The tragedy which befell George Ullman as a result of his executorship of the Valentino estate, was still a reality during my interviews with his daughter Brenda, “Bunny” and his son Robert, “Bob” in 2003-2005. Both were bitter about what happened to their family at the hands of Alberto and Jean Valentino. From Bob's disdain for all things Hollywood to Bunny's guarding her privacy from all things Valentino, their anguish of a lifetime was palpable. George Ullman once wrote he should never have tried to settle his friend Rudy's affairs, but he made the decision to do so because he was too idealistic.

There are still those who carry Alberto's torch of irrational hatred for George Ullman; running through the streets of their corner of Valentino-landia, screaming their trivial newsbits and "fabrications" to the villagers in an effort to portray him as the ultimate villain.

In fact, the documentation proves otherwise and George Ullman was beyond a doubt the hero of Rudolph Valentino's story. Recognize the signatures of those who go to extreme lengths to say otherwise. 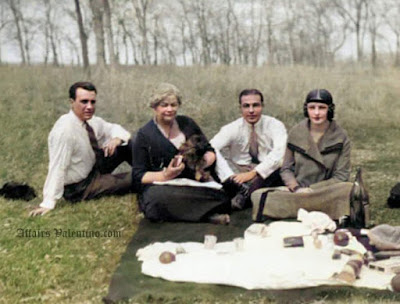