Not Taking it Lying Down

From my personal experience, the worst thing to say to someone who is being bullied is to just ignore the bullies. How does that help? It forces the victim to internalize the abuse and that is not empowering. Someone being bullied must, in my opinion, speak up and fight back. The expression not to take it “lying down” comes to mind.

This said, expect always for the victim's defenses, i.e. not taking it lying down... to be called bullying by the actual bullies. Oh how they weep and wail. That strategy might have worked about 2003 but not today thankfully. People can see pretty quickly what is going on.

I thanked someone for their support on my Instagram account and they wrote me saying how it was the least they could do after, “all the hate we have had to endure”. That's basically it, “enduring the hate”.

How ludicrous it is that because I wrote a book on Valentino, that this would even been an issue for me. But bullying has become entrenched in the Valentino Sphere. (see previous posts)

The master bully knows what to do in the event of any unrest among his followers. He removes a sacred relic from one of his treasure chests and calms the situation with the DNA, the scent of Rudy. Anyone not swooning into obedience is bullied, deleted, mocked, lied about and maybe a hate blog in their honor appears, i.e. text book bullying.

Its nice to know these days that more and more people are seeing what that act is in reality. It is no different than kissing the pope's ring, supplicating in fact it is. I will never genuflect over a shirt Rudolph Valentino once wore. I can appreciate the history, the element of that but all of those things belong in a museum. Rudolph Valentino was an historical figure and many people study his life and influence. Their source material is being parsed out and in a most evil way. I say evil because I believe it is evil to mock and harass two seventy-year-old people, it is evil to run hate blogs at all, it is evil to hoard historical archives and it is evil to lie with impunity. Oh I could go on.

For me I only supplicate before discovery, before true stories which blow my mind.

Thank you to these actual Valentino heroes (see below) for all they did for one Rudolph Valentino. To acknowledge but a few. 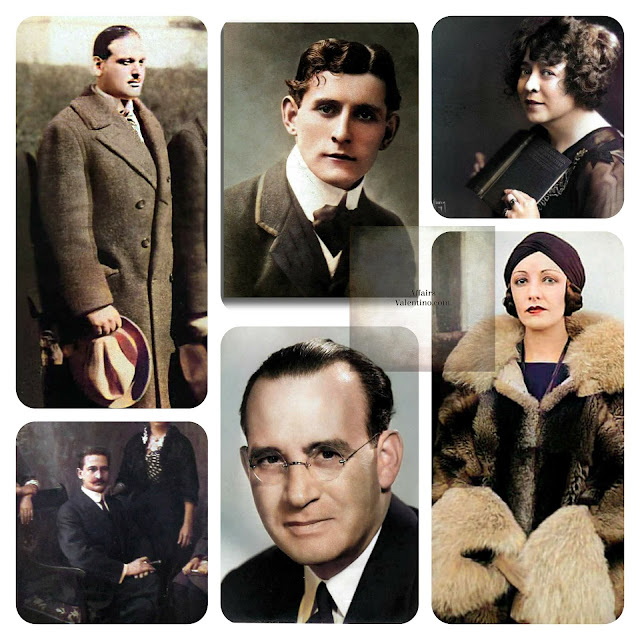