S. George Ullman was an Honest Man - It Bears Repeating

We published the entire California Court of Appeals exoneration verdict of Rudolph Valentino's manager, S. George Ullman in our Affairs Valentino Companion Guide...and I have excerpted it many times. But I feel the proof needs to be shared again and again... George Ullman was a man of high integrity and completely exonerated on all charges of fraud and mismanagement frivolously brought against him by Valentino's brother Alberto.

Despite this exoneration, Alberto spent his life misrepresenting/lying about the facts of Ullman's case and this mindless impugning continues to this day... with Tracy Ryan Terhune seizing every opportunity to insinuate and portray Ullman as a villain. His acolyte David Bret chimes in from the sidelines by calling him a snake. The documents prove them both very wrong. This is one reason Terhune and Bret have done and still do all they can to prevent people from reading Affairs Valentino.

I am proud to have discovered the court records of Ullman's appeal which provides evidence of his exoneration. I am also proud to have located his two children who shared his archive with me. It was on their encouragement I pursued and found the true story of this much-maligned man.

I think the facts bear repeating. I have isolated a few quotes (below) from the Appeals Court verdict. I am sure I will be accused of writing them, but I did not.

1. His innocence is declared. 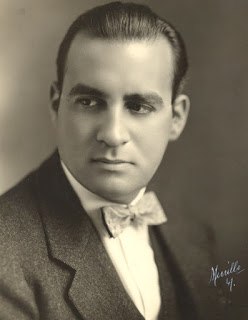 2. In the following citation, the court agrees with Ullman, ruling that Valentino instructed him to continue to run his business in the event of his death. George Ullman's authority in this was heavily disputed by Alberto Valentino. 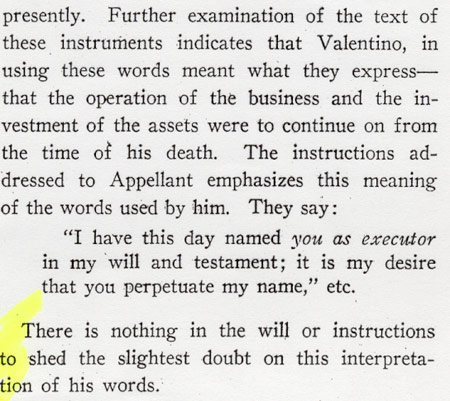 3. This citation, for me, constitutes the bottom line: in light of the proof of Ullman's financial success, how was there any mismanagement? 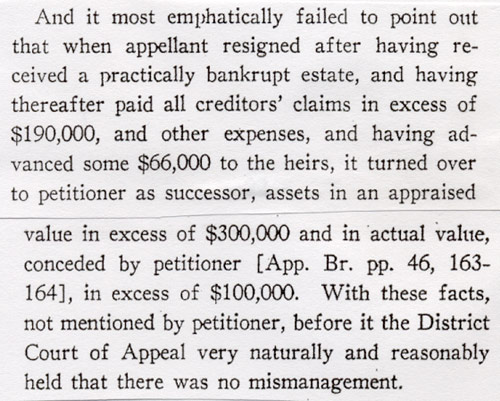 4. This is from George Ullman's archive and his copy of the notice of his exoneration in the Hollywood Reporter. I find the comment how Valentino's "nephew" Jean objected that Ullman made too many cash advances to the "other heirs" incredible. That would be his Aunt Maria and "father" Alberto.  It all makes me wonder if they even knew at all what was going on. 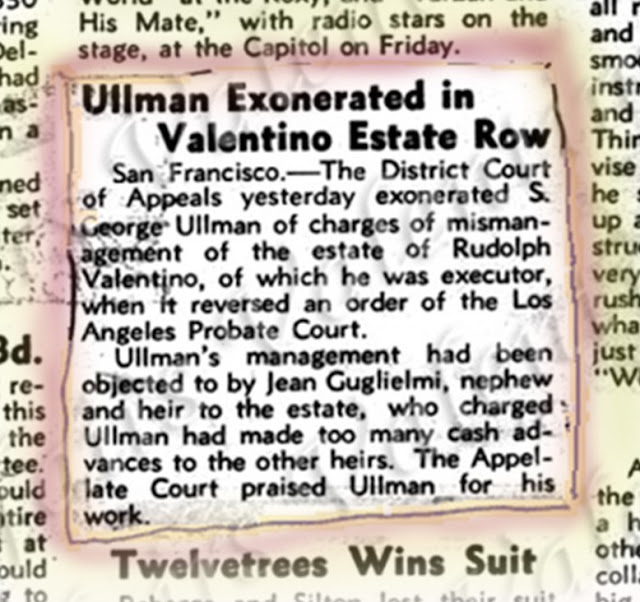