A Couple of Myths Dispelled During my Visit to Frank E. Campbell's

In 2003, I traveled to New York City... with my specific destination being Frank E. Campbell's Funeral Home. I made my appointment and told the staff librarian I was writing a book on Rudolph Valentino  and wanted to see anything they had in their archive. He told me the only other Valentino biographer to ever visit the premises was Robert Oberfirst in the late 1950's.

I wrote about this visit in my post on this blog titled, "Finding Valentino's Sarcophagus". I was not entirely prepared to take so many photos as I did and back in that day we did not have Iphones to take high quality images in an instant. But I made do.

I have shared many of those images over the years, in our books and online. But I am sharing a few more and posting the following to preserve them in yet another location. I feel they are important and deserve to be seen. I photographed the pages of an old ledger with the hand-written invoice for Valentino's funeral and a crumbling scrapbook of newspaper clippings. Campbell's would send me clearer scans of the invoice which I referenced in Affairs Valentino.

I feel these images should be shared because they dispel a couple of prevalent defamatory lies which are still bandied about as truth today.

The invoice stands as proof George Ullman paid for the funeral in two payments. He paid that bill in full as we see here: 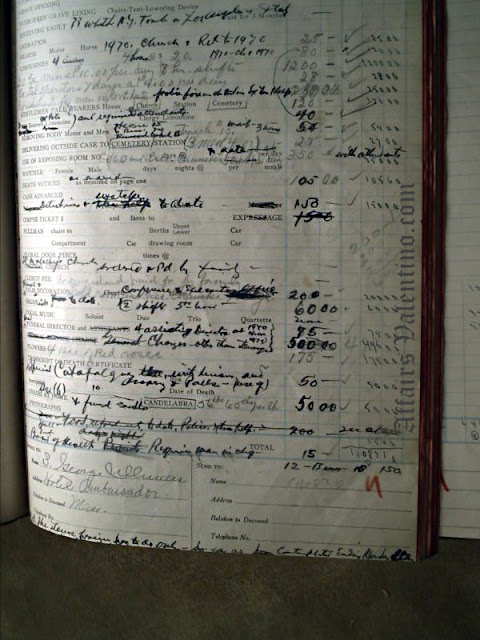 I think you can sense the chaos in this invoice page. Someone was trying awfully hard to make sense of what was going and just what was to be charged. 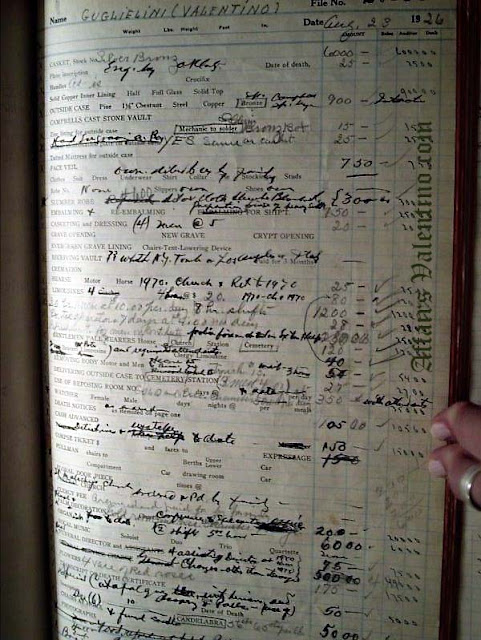 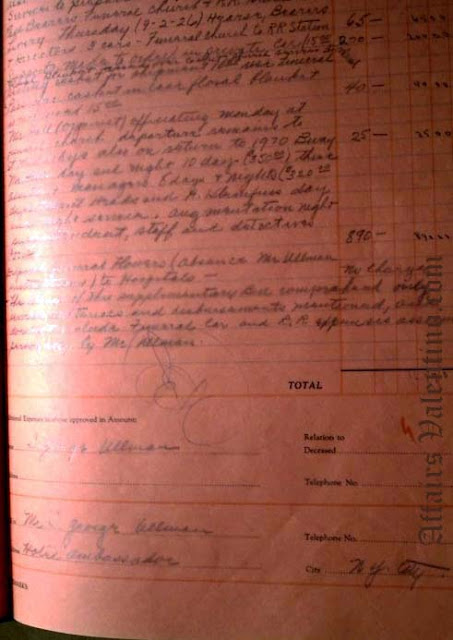 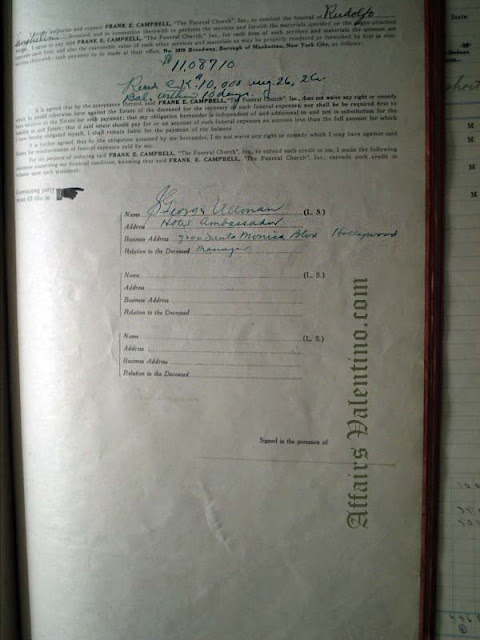 George Ullman pays Campbell's $10,000.00 with a balance which was paid within ten days.

And from the scrapbook... 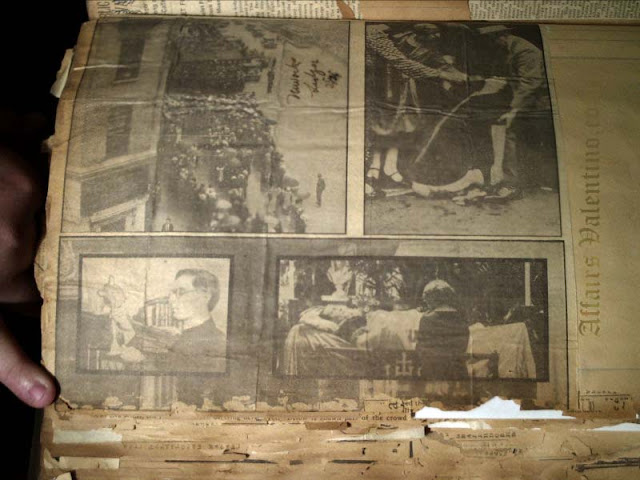 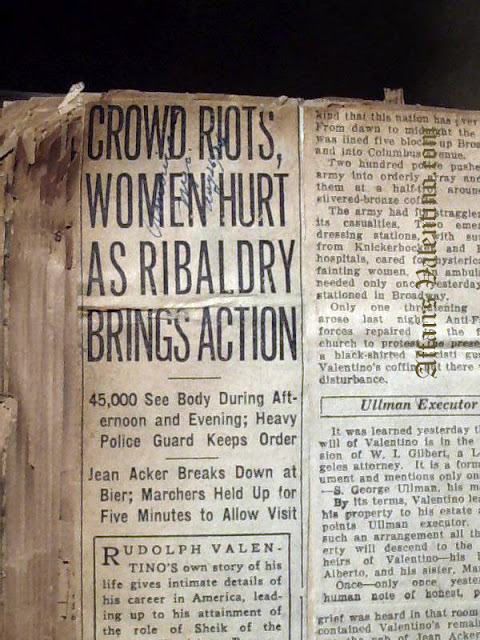 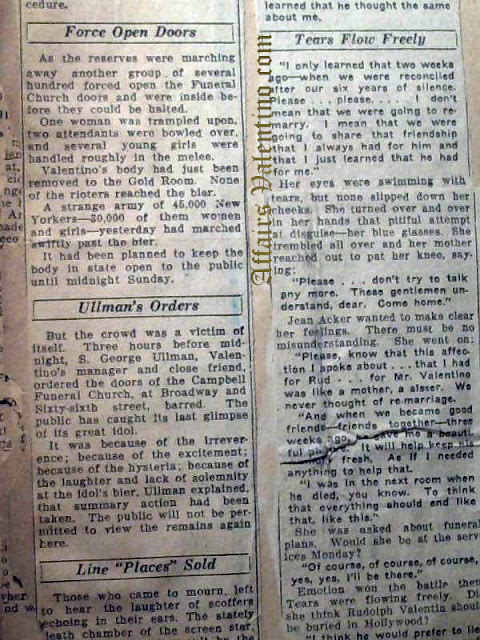 ...surprising in this interview with Jean Acker (on the right) that she claims she was in the next room when Rudy died. According to the attending physician, Frank Mennillo and George Ullman she was not there but came to see him some time earlier. 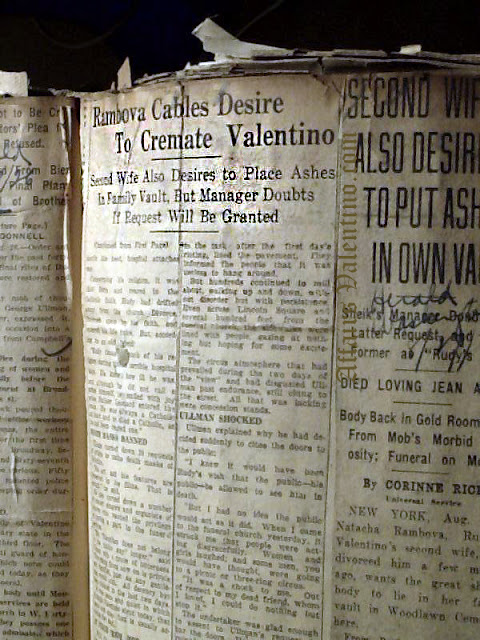 And a second myth dispelled...for those who claim Natacha Rambova made no contact with George Ullman and had no interest in Valentino's funeral, this article dispels that defamatory lie. 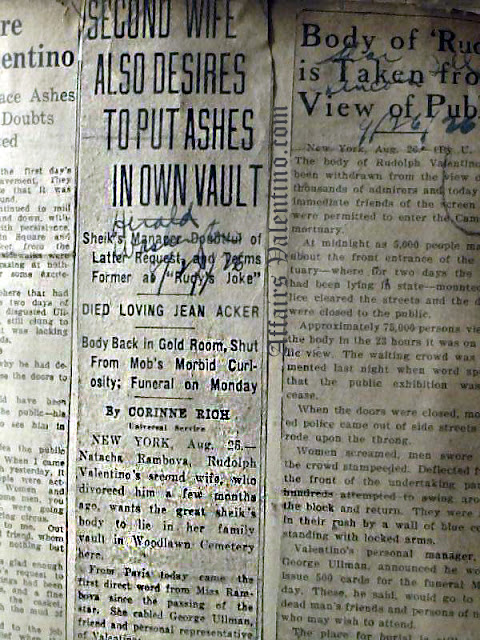 There were articles from newspapers around the world. 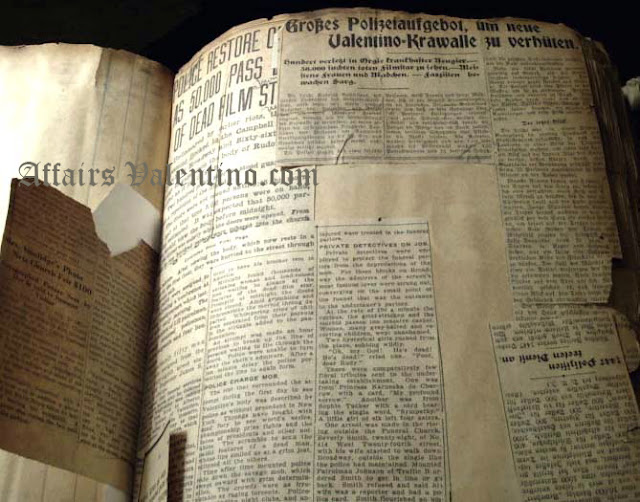 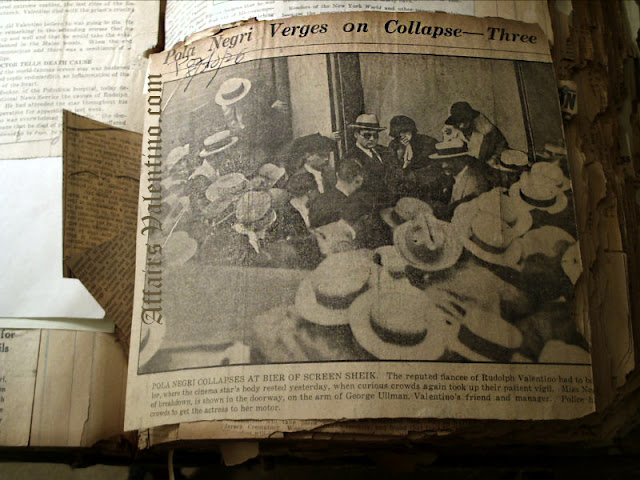 It is a shame this scrapbook could not be rescued. I have no idea where it is now and imagine just as happened with the sarcophagus, the moment I announced its location...poof... it vanished.