A Most Interesting Research Folder

Some time ago, in his continuing malevolence targeting us and anything we say or do...and on his eight year old deceitful Affairs Valentino Masses of Trivialities Anti-Satan Holy Warrior and very Ageist Critique blog, Tracy Ryan Terhune revels in smearing Renato's monumental translation effort by saying the Jeanne DeRecqueville book was of no significance and was not referenced in any previous book on Rudolph Valentino. Well he obviously posted before and not after spending one minute fact-checking his own statement because that is 100% false which we handily proved in a previous post. The book was in fact referenced in every single reputable book on Valentino since DeRecqueville published her work in 1978.

As I was going through Michael Morris' archive just now I came across his folder labeled, “Recqueville's Valentino (French)” (see photo below). I took some pictures of the contents of his folder to further prove just how much the esteemed Father Michael Morris respected DeRecqueville's work and as I mentioned previously he did cite it in his Madam Valentino bibliography. 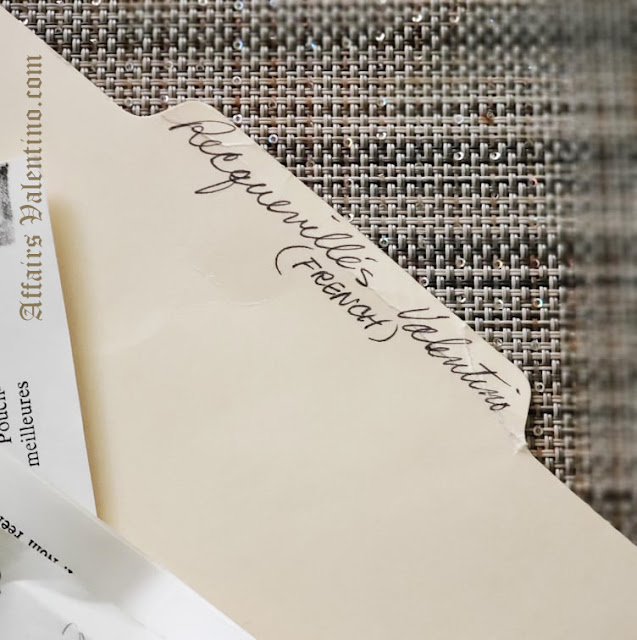 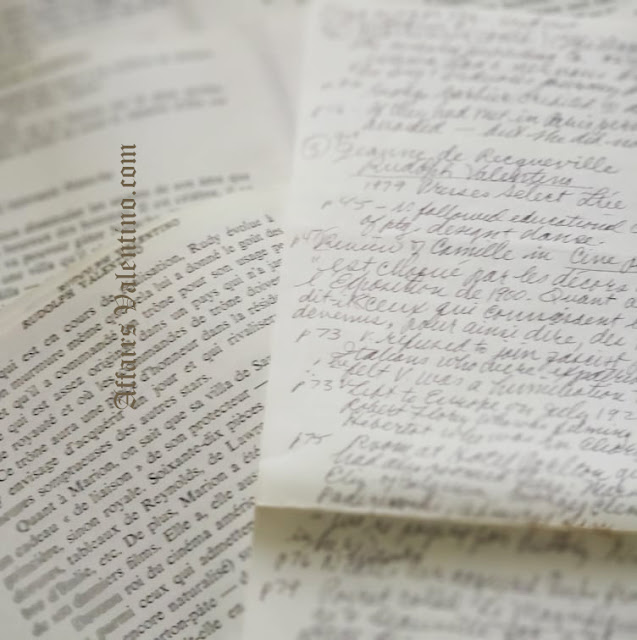 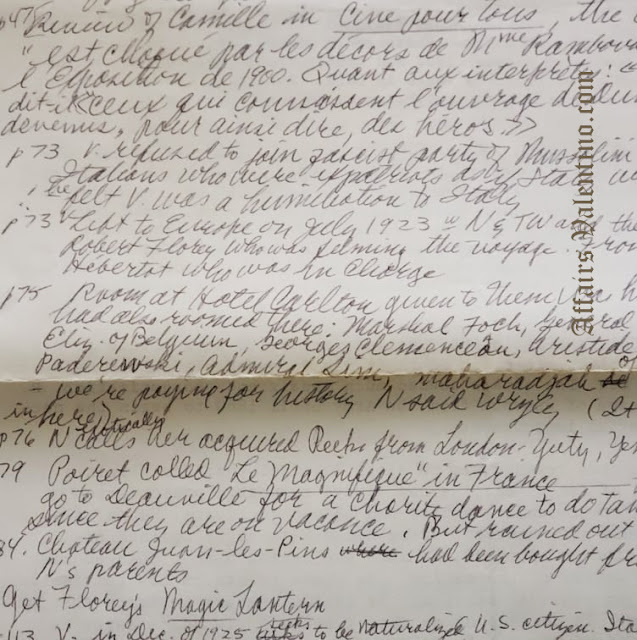 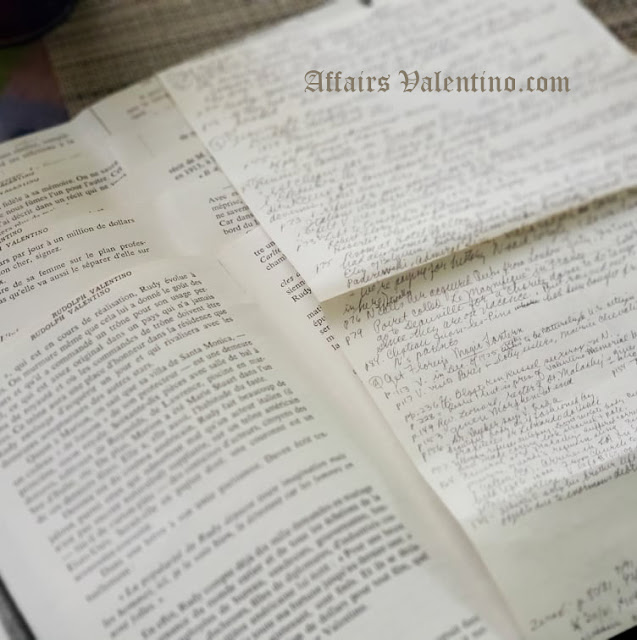