It is not that Valentino is fictionalized so brutally....endless lies told about almost every aspect of his life. It is that for all of that fiction to be remotely true, everyone would have had to be lying about everything.

It is a ludicrous assumption to make... claiming everyone over the years conspired to lie and that all those things "they" claim were Valentino's truth were collectively obscured for decades on end. In all the years I spent on the subject of Valentino, I only exposed one tremendously consistent liar and that was Alberto.

He rolled that fiction out with confidence, knowing no one would dare contradict the word of Valentino's only brother. Even today if you contradict the family party line, you are banished to the hinterlands and forever.

Like patriotic soldiers marching in lock step, that party line is upheld. Sickening isn't it that such a thing could evolve around a movie star?

That someone who lived so long ago has become a flash point, a line in the sand as far as the fictionalization of a life goes. Enough already. Under the Hollywood sign, sirens wail, cars, cars everywhere, a city never sleeps...unaware those who guard that front line where Mr. Valentino is concerned are mean, lying sons of bitches.

Life is too damn short for ego wars. Our books are our armor, our line in the sand. The only person who lied was Alberto. He began the ruin of his brother's truth. If he were here today would he object? How far would he go today to defend his lies?

Under the Hollywood sign, the moment waits to become truth forever. 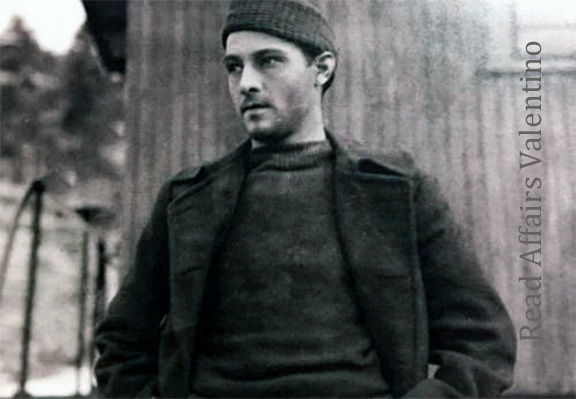