An interesting peripheral character we recently discovered while researching Rudy and Natacha's honeymoon in 1923 was Oscar M. Sheridan. He was a journalist working for the British newspaper, The Daily Mail. The Valentino's hired him as their press agent and he appears here and there in the course of his work as press agent/liaison for the honeymooners.

Oscar M. Sheridan was very young at the time and I do not think his career in film manifested so mightily. He wrote and directed two movies, Big Business in 1930 and Such Women Are Dangerous in 1934. He published one book in 1929, Vanity in Mayfair.

Here he appears on the far right of the photo taken as the Valentino's land in France (hat and bowtie): 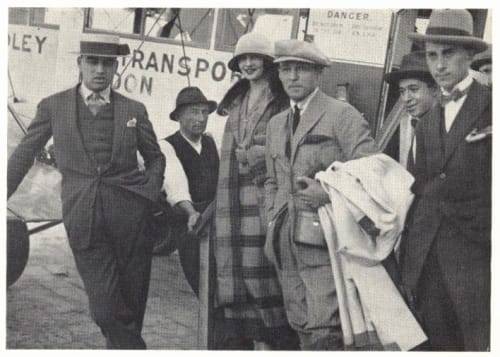 And here Oscar Sheridan appears with the imposing Mr. Hebertot and Rudy and Natacha wearing their rain gear in Deauville. 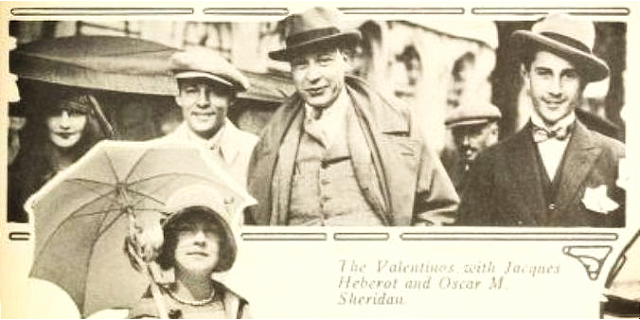