I Say "Drive Right By"

I guess it is time again to clarify that I have a file of unopened comments submitted to this blog (see below) and just an fyi to these folks. If you want to continue to waste your time writing them anyway that is your prerogative.

I also do not read this woman's (above) blog at all and never have. I consider her mess a complete “drive right by”. Here is what I mean by that.

On our first drive into El Jadida in Morocco, we passed a burning trash pit on the outskirts of the city. It was vast, smoldering with the desperate picking their way over it. I was horrified and that was the moment that I realized all was not well with life in Morocco. Not a place to stop the car and mosey over. Not at all. Burning trash pits of Morroco... that is what I consider the online output of Cindy Martin.

But in her defense I will refresh and remind that in 2019, she had a brief sojourn from the mob and messaged with Renato for a while. She published that exchange in which Renato of course was his always gentlemanly self.

She shared endless information with him about the specifics of said mob and I personally think that her blabbing only took place at all because someone shot her up with sodium pentothal, ( “a drug used to extract truthful statements from people”.) She could not help herself and told a lot of truths.

Because the entire transcript is ridiculously long, and in the interest of brevity... I made three collages of excerpts of the most impressive and informative things she told Renato. Of course after scurrying back to the burning trash pit, she said it was all lies. But boy it sure "rang true" to us. As excerpted from the messenger exchange which she has published and which Renato received and which is preserved on the server. (Each passage is a separate excerpt) 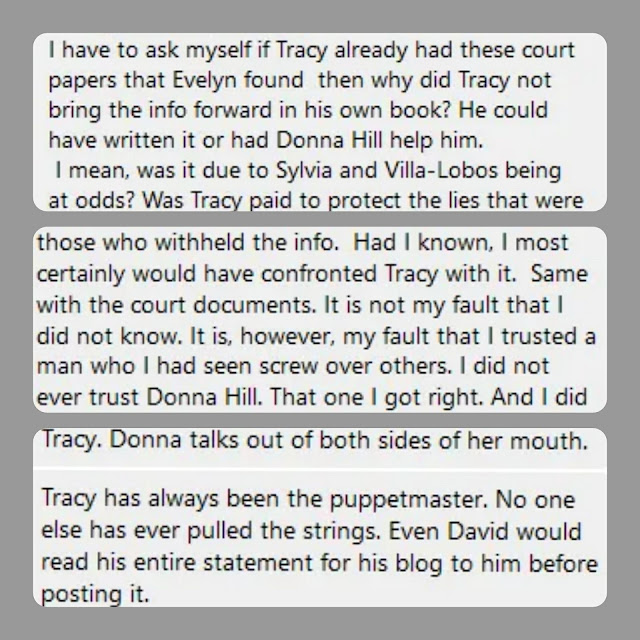 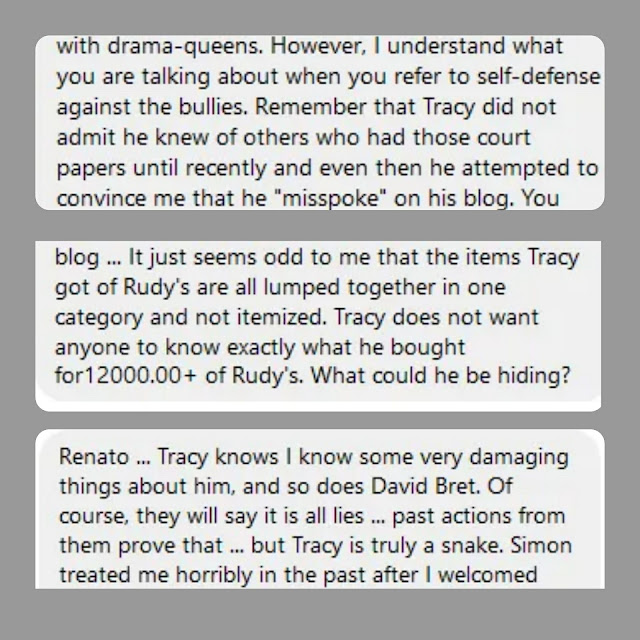 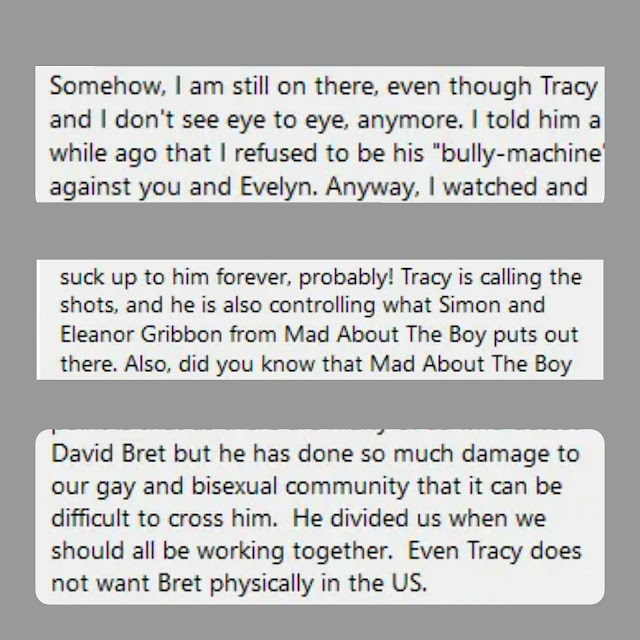 And because they are accusing me of lying when I said I now have more than a thousand of their comments, “awaiting publication” on the blog, I share this: 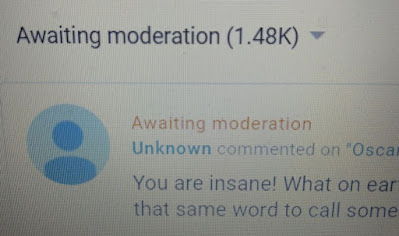 In closing I am extending an invitation to Ms. Martin, “Squeaky”, as I call her...to appear on camera, live on Zoom with me and we open with her presentation of her photo ID to prove it is she. And might I request that the “son” appear also with her side by side?

I have a few questions.