In addition to the previous post's discovery, Oscar Sheridan, Henri Letellier was an entertaining personality Renato discovered. Henri really had an affinity with Valentino and as I said in the podcast, he worked to rehabilitate the damage done to Valentino's image in France.
I previously attributed the lavish parties in Paris to Manuel Reachi but now think they were all Letellier's doing. What a wildly fascinating person he was with his love of dancing the charleston, drinking champagne and almost owning Deauville (and being the mayor of Deauville for many years). He was an extremely productive man artistically but many of the cartoons of Henri have him dancing which is fun to see.
We found a great deal about him, many mentions of him hosting parties for Valentino and he and his wife Yola (pictured below) were immortalized in many cartoons and articles. This image below is taken from a lengthy article about Henri and Yola and their Parisian home. More in the podcast. 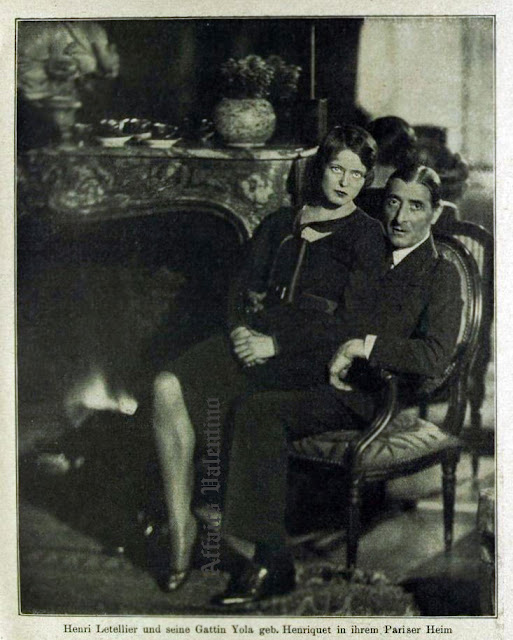