This quote (see below) from Natacha Rambova is excerpted from a longer article, but I found this comment insightful. She says Rudy “argued her into” taking credit for her work in his films. What a contrast to the cruel portrayal of her as a grasping woman using the situation to her professional advantage. As has been discussed and commented on here previously she was the star when they met and their marriage destroyed her career entirely.

If Valentino's possible insecurities have been discussed here, I think Rambova was 100% confident and needed no feeding of her ego. I think she had an executive type personality which really is obvious in her Egyptian expeditions. But this was because she was highly organized and not because she wanted glory.

Did Rudy argue her into taking credit for her work? And the last line where she mentions her being known for the work “independent of her marriage”, reveals the problem I think. That became impossible. 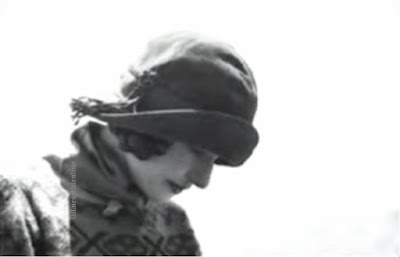