I Respond to Simon Constable's Moratorium Against Me

May I ask what is that drip, drip, dripping I hear? Could it be beads of sweat sliding off the forehead of Simon Constable? I would say that is exactly what it is... What is the expression... “Never let them see you sweat”... oh brother he sure forgot about that old adage this past week when he posted this blaring headline (below) on his Facebook forum which he calls affectionately, “Mad About the Boy”: 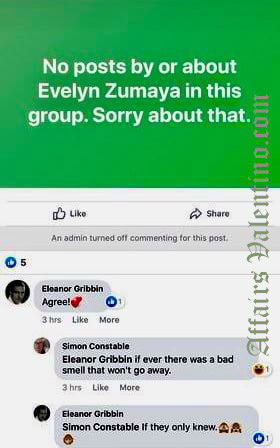 Well in my opinion it does not take a rocket scientist to fill in the blanks here on that hateful equation....and see what he was responding to. It really seemed quite obvious members of his forum were mentioning my name! I wonder what would be The Constable's limit as far as having my name mentioned...ten times? Or one? How snappish was he in this sweeping order issued as a moratorium on me!

The Constable's scream for order in his court... “Stop saying Evelyn Zumaya's name!!”... was proof of everything I have been saying for years. There it was; the open admission of censorship, the hateful banishing of not only a book but it's author and the demand to his followers dictating exactly what they could speak about. There it was, courtesy of The Constable and in living color (actually green) and for the world to see & download & for free; absolute proof of what I have been saying is going on with these strange people.

I have to wonder how thrilled The Constable's followers were to realize their conversational input in a discussion had been shut down. I would leave a place like that and slam the door on the way out. Who needs oppression these days... at all? There are plenty of civil and informative and intellectually honest forums dedicated to Rudolph Valentino which would be far more welcoming I am sure. When Renato sent a request to join The Constable's group he snarled back at him saying, “Your fame precedes you. Go Away!” He then threatened to report Renato to Facebook if he did not go away.

And I would be remiss if I did not respond to The Constable saying I am the, “smell that won't go away”? I say to him directly:

Young man, a gentleman never comments on or insults a lady by saying she smells. Do you know why? Because in doing so you demonstrate a willful intent to hurt the lady and in the process you reveal yourself as a tremendous asshole. In response to your insult of my being a bad smell, I post the following for your consideration: 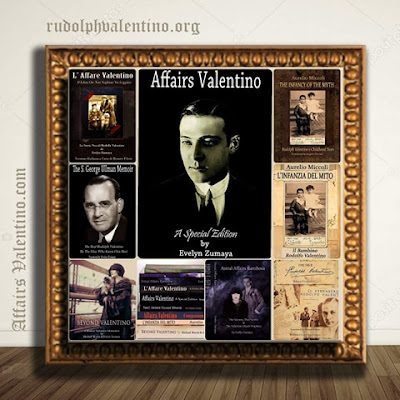 Oh and this too. 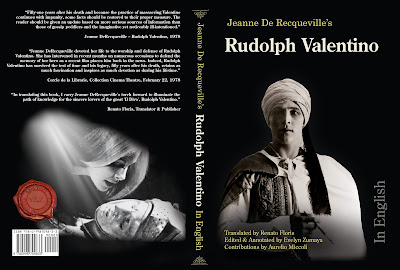 Calling a woman/ in this case me...a smell... a persistent and bad smell... is a sexist, physically invasive, vicious, pitiful insult which was in very poor taste and wildly misogynistic.

And in regards to your slapping your hand across your forum members mouths to keep them from uttering my name... (once, twice?) to suppress the absolute truth about Rudolph Valentino...Let's just say that adults do not appreciate being told what to say.