On that "Medieval Fanatical Effort"

Yesterday, in a conversation about the red cover of the First Edition of Affairs Valentino, I was informed the book has been referred to by Tracy Terhune as being “devilish” or ”of the devil” because it was red. I was not surprised to hear this because I have been the target of Terhune's “devil references” for a very long time... but the red reference was a new one I will admit.

In addressing this I must ask... Exactly what century is he living in? I explain.

Red is not only the color of the devil.... not at all. Quite the contrary. According to Catholic Humanist and Scholar, Kim Portelli, black is historically the color of Satan and not red. And the stereotypical imagery of the red devil is a 19th century romanticism invention. Yet the history of the significance of red is fascinating as red can signify both ends of the spectrum.

For example: during the Roman Empire red was the color of status, wealth and power and throughout history...second only to purple... the color red has been a symbol of royalty and majesty. Red becomes a sartorial reference in the reformation, the color of the robes of the Catholic Cardinals and the Pope, the color of Christmas, of hearts and love, as well as anger and embarrassment (red-faced), and yes to some the devil... because of its association with sin and lust (red light districts) In Asian culture, red is a symbol of luck and fortune.

Terhune might want to note that since the late 13th century, Jesus is portrayed in red. 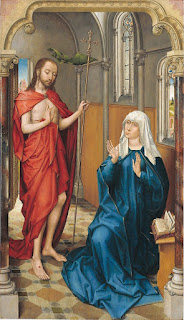 But beyond my red book cover, which was based on a poster for Valentino's movie Stolen Moments (see below)...why does Terhune associate my book Affairs Valentino with the devil? Because in my opinion he is continuing a medieval tradition of trying to destroy a woman through the implication she is satanic... hence in opposition to god. This archaic thinking is not something new unfortunately.

One might ask how could the subject of Rudolph Valentino have a thing to do with Satan? As a result of the attacks made upon me by Tracy Terhune, it does. There are parallels to be drawn between his actions and the medieval association of uppity women (and uppity books I guess) being satanic ("afflicted by the Devil"). My book, Affairs Valentino was “forbidden” by Terhune and Satan was used in his effort. But this is not taking place in the year 1208 or even hundreds of years later in 1600, it is now... 2020. A few examples:

On April 1, 2013, a photograph of a Bible with the headline, “Deliver Us From Evil”, was posted at 2:03 by TRT96 on the affairsvalentino.blogspot site... which he still runs. The Bible in this image is cast in a heavenly light and it seems as if Terhune is hoping to generate an air of holiness in his plea for some higher power to free the world from Affairs Valentino. Why else would it be there?

Two weeks later, on April 25, 2013, Terhune posted a new image on his Affairs Valentino blog's Home page announcing that I was “no woman of sound mind” with the headline reading, “Even Satan Shudders.”

He posted on May 4th , another headline with an image of, ”Get thee behind me Satan!”

Posted on May 14th, Satan being cast into a lake of fire. Bear in mind all of these references were and are made on a site under my book's title.

The inference that my book, its cover and me for that matter... that we are some product of Satan... is incredible sexism and I expose it for what it is... historical BS... In case Terhune does not know this, for his benefit I cite a previous post I made many years ago about this very subject:

“The association of witchcraft with Satan was not always so. The promulgation of defining witches as minions of Satan did not appear until the early days of the thirteenth century. It was in 1208, when Pope Innocent III, decried Carthar heretics as openly worshiping an evil deity in opposition to God; Satan. It was at this time Satan became a dark and sinister force. Specific behaviors, questioned by the church, soon came to define satanic action. This was not a scientific explanation but a medieval fanatical effort by the church to rout out critics and destroy those they perceived as enemies.

The association of Satan and witchcraft also evolved as a means to destroy uppity women; women who disobeyed the authority of their husbands, women who acted as midwives or women who dispensed herbal medicine. The list of possible infractions was long, confirming just what activities could be used to accuse a woman of following Satan. In his decree condemning the Cathar Heretics, Pope Innocent III, gave Satan a great deal of power in that he first established Satan as the enemy of God.

By the year 1400, women were being executed and accused of being Satan's hand maidens. So prevalent was the excuse that a woman's behavior was the direct result of her affiliation and worship of Satan, that in the one hundred and sixty years from 1500 to 1660, some sixty thousand people were executed. Of this number, over eighty percent were women.

In 1692, in Salem Towne, Massachusetts, long months of trials were held where women, and one man, were accused of being “afflicted by the devil”, deemed witches and hung on Gallows Hill. This tragic and thankfully brief period in American history reminds us how many women have had their unwelcome actions or unique behavior attributed to the Devil.”

I do not cast aspersions on people's religious beliefs, but I am not “afflicted by the devil” as Terhune's long history of posts and images allege... but I believe this is not a religious belief.. in my opinion for Terhune this is a concerted effort to impede my right to do business, a concerted effort for a decade now to deter people from reading a book... to act as some censor. But hundreds of years have passed since the inquisition and he should enlighten himself as to the rhetoric and imagery he is using. It is not just fundamentalist but reactionary and in my opinion wildly misogynistic. Enough already.

But worst of all...What Terhune is doing is by definition what the Catholic church refers to as, “blaspheme appropriation”... using Jesus and Christian beliefs to offend someone else.

Red is red and in the case of my first edition of Affairs Valentino... it is to be read! As far as being “devilish” I think it is Terhune's imagery which stands tall in that regard. And I add he has posted all of these images on the Home Page of his Affairs Valentino, "Literary Critique". 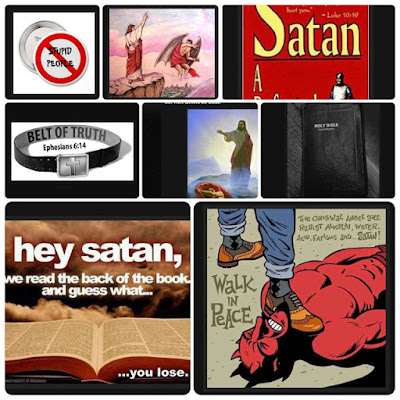