Yesterday while scrolling through my Twitter feed, I noticed several notices posted alerting me that a Tweet was removed due to content. Now I knew it was not removed for any adult content because that is permitted whole-heartedly by social media. I knew it was not a religious censorship or that someone was being bullied, etc. because that is all allowed. So what was it I was not allowed to read? With the sheer volume of Tweets flying through cyber-space are we to believe someone is sitting somewhere reading these? I so doubt that.

With the subject of the actual censored content aside, I felt furious with the motive... the presumption by this social media platform that I had to be protected. I have a critical mind and I can certainly judge what I feel is true and not true. How insidious that a social media platform which is presented as freedom of speech is now anything but.

But on to the obvious point...the censorship in the world of Valentino is out of control if not overwhelming at this point. He... who has positioned himself as the great controller of Valentino information, Tracy Terhune... works hard to delete what he considers “unfit content”. He, like the mysterious over lords of Twitter... denies people their right to critically judge for themselves by issuing false statements and lies about our work and yes he and his sycophants do routinely delete comments about our work on his Facebook groups. Affairs Valentino has been and still is a great target of the censor... Tracy Terhune. We have known this for a very long time and this was explained/confirmed to us in detail by Cindy Martin during her all too brief hiatus from the censor's court.

Michael Morris referred to these people as a cult with his definition of a cult being a group of people venerating a common theme or subject. His definition also included one of the most stunning points to be made about this Valentino cult... the censorship of information. This very act of censorship defines a cult leader... in that the leader propagandizes their followers into thinking they must heed the leader's advice about reading material. Does Terhune not realize that in his bashing, banning and brutalizing of Affairs Valentino, he is defining himself as a cult leader?

While social media platforms permit such behavior as the obvious bullying of us by Terhune on that hate blog he runs under my book's title which he disguises as a “literary critique”, they censor out tweets and posts to protect what? Me? As a member of the “weaker” segment of the population?

Not much can be done to reign in control of the social media giants, but in the case of Valentino censorship as purported by Tracy Terhune something could be done. Just last week we heard from a woman who wrote to encourage us who added she agreed with most of what we proposed but not all. That was great to read because she admits to critical thinking. Does Terhune in his endless censoring of all of our books, with his ritual slaughter of them on that fake blog not insult Valentino's followers and fans? Does he think people are incapable of thinking critically?

Michael Morris once wrote me saying he felt that such censorship/banning of a book was deeply un-American. American or not, it is deeply offensive to me. At this point I can not say if those deleted Tweets were offensive to me or untrue... because they are gone. And likewise, those people who have no idea whether they like, approve of or dislike, etc. our books, might want to just read them for themselves and find out. 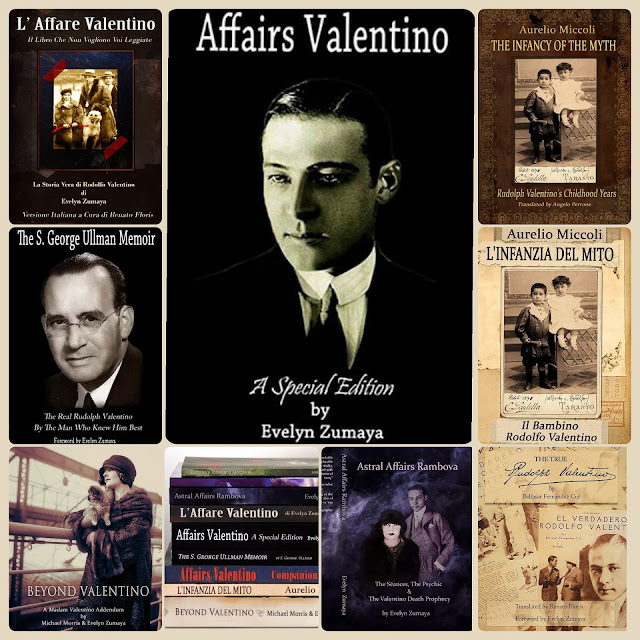