A few more snippets and these pertaining to opportunities Valentino rejected, or roles which did not realize. I would add that in regards to the last clipping, it was probably not so much the fear of losing "prestige" which had Valentino rejecting the offer but fear of many angry creditors. George Ullman writes in his 1975 memoir how one of the first things Valentino said to him when they met... was to express his concern over all his unpaid bills in Los Angeles. He told Ullman he would not step foot in Los Angeles until some of the problems were resolved, i.e. bills paid. 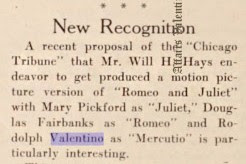 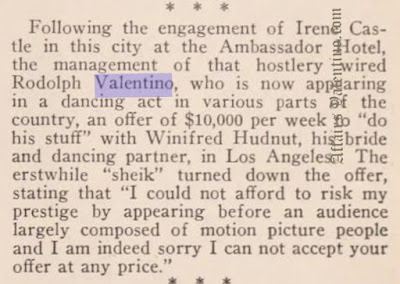