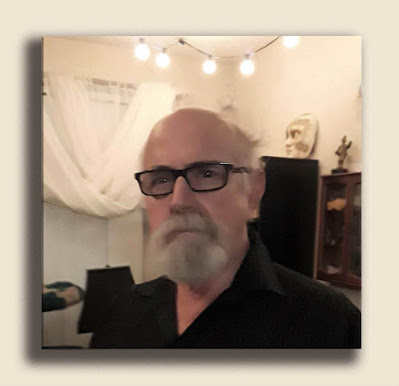 No rational person would dispute the fact that Tracy Ryan Terhune and David Bret have treated Renato Floris very badly over the years. They have endlessly mocked him, debased him and done all they possibly could and can to trash Renato's incredible efforts in the name of Rudolph Valentino.

Of course it is only because they are desperately jealous of Renato... this because they can only dream of aspiring to his level of honest intellect and loving kindness. His spirit is something they can never harm, no matter how hard they try... because it is pure and true.

The sad attempts by Terhune and Bret and their molls on the sidelines over the years to bring Renato Floris down have only given him more light and life.

I found this great photo of Renato and wanted to share it because I think it says a great deal about the force that he is.

As far as those two utterly pointless clowns Terhune and Bret are concerned, they have no consequence in the greater scheme of things. Maybe they could turn things around for themselves... there is still time.