On p. 221 in Affairs Valentino, I reference a "Dollar Book" imprint which appeared in 1931, titled, The Intimate Journal of Rudolph Valentino. It is believed to have been written and published by Samuel Roth who would later serve a prison term for his underhanded literary tactics. I share two excerpts from the book, pp. 207-213 and pp. 225-228, which I also cited in my article titled, "Words of Clarification". (citation from Roth's book, p. 212) This article may be read through the "Links" tab on www.affairsvalentino.com

This fictional diary-format publication was the first of the many "faux diaries" which would plague the veracity of Valentino's legacy with their completely fictional accounts and fantasy-driven narrative marketed as fact. 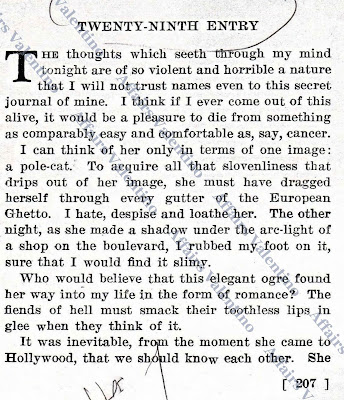 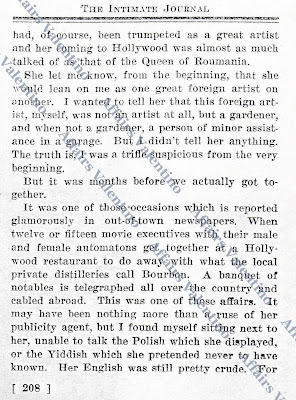 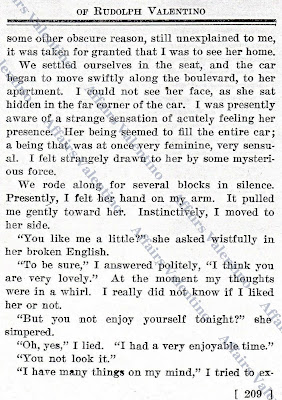 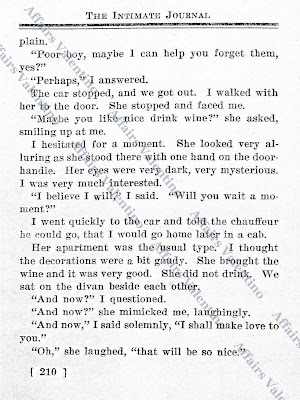 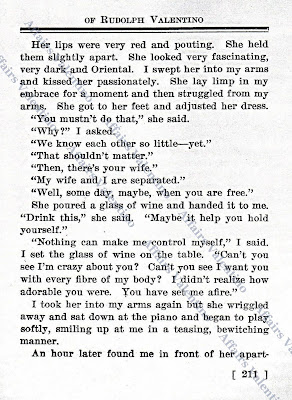 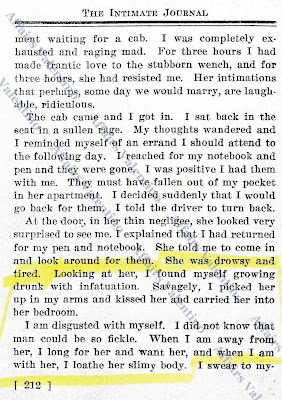 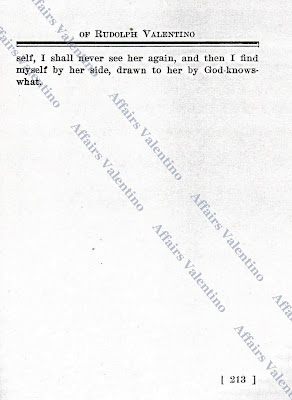 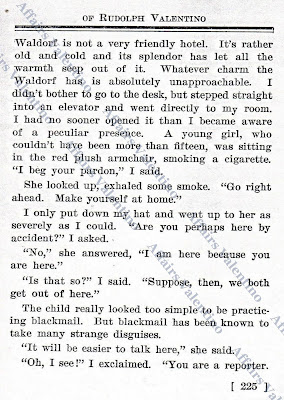 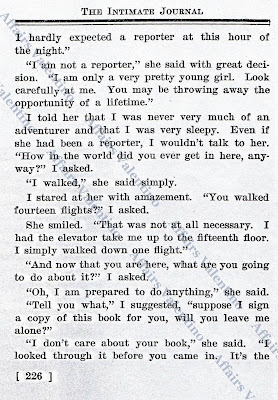 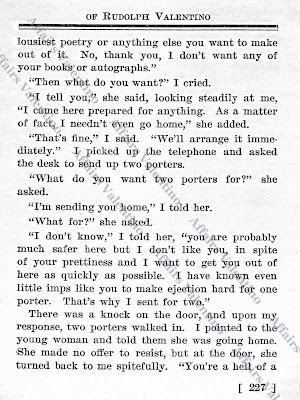 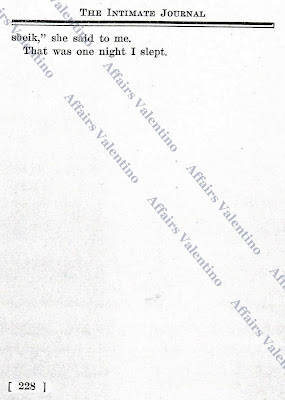