When Natacha Rambova organized her expedition into the Valley of the Kings in the early 1950's as funded by the Bollingen Foundation, she hired a young artist, Mark Hasselriis as her epigrapher. Mark would spend the next twenty years with Rambova and live with her in her home in Connecticut. After her death, he went on to teach what he called Natacha Rambova's theories, extolling her Egyptological and cosmic research.

Michael Morris interviewed Mark Hasselriis for Madam Valentino and met with him on one occasion. After Michael's death, I was charged with completing Beyond Valentino, his Madam Valentino Addendum and hoped to locate a photo of the elusive last man in Rambova's life. I was so proud I was able to accomplish this.

I located his nephew who was forthcoming in sending me letters, artwork and images of this great and extremely fascinating, talented and learned man.

I also found it interesting Mark mentioned to Michael Morris how he felt the movie, “Valley of the Kings” was based on his and Rambova's expedition. Robert Taylor's character is even called, “Mark”. The plot is similar to their quest and as the movie depicts them in a torrid, yet secret love affair... one wonders. If they were lovers, I am sure it would not have been public as Mark was some twenty years younger than Rambova. 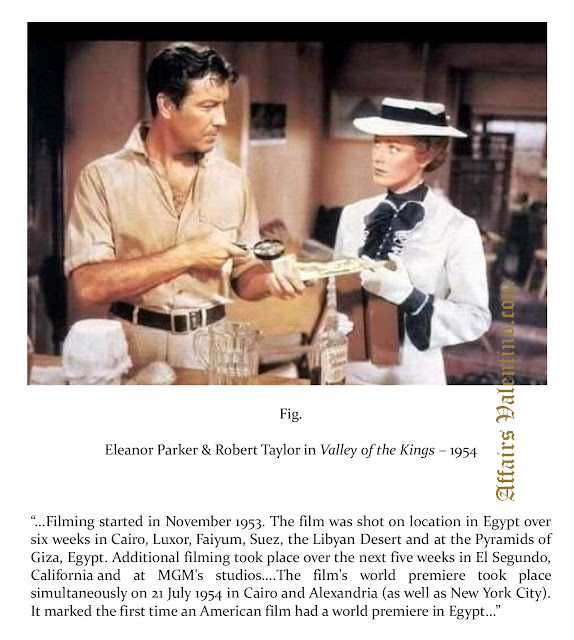 The movie based on Natacha and Mark's story. 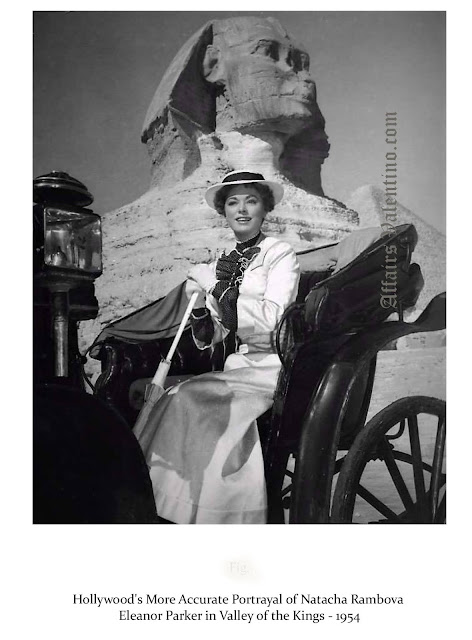 Mark told Michael Morris he was not sure he was “in love” with Natacha but he did “worship her” and he added that this is not always the best kind of love.

I know they did share a household at times as he refers to “their dogs”. Find Mark and Natacha's story and more images in Beyond Valentino. 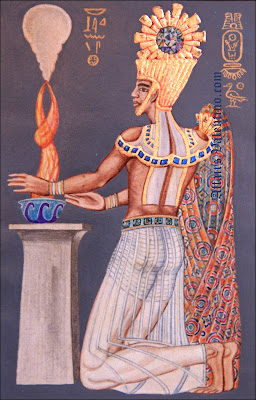 A watercolor by Mark Hasselriis 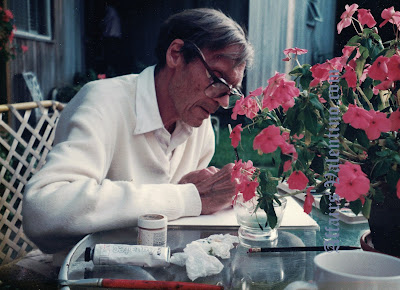 Mark sketching at his nephew's home in his later years
at November 18, 2020