A Bit of Truth & Hala

In the twenty-two years I have been researching Valentino, many personalities have come along, some have stayed and some have departed. I am asked often about one of those personalities, Hala Pickford. Her's is a story not quickly or lightly told, but I am working on it at least from my viewpoint and the court records which are on file.

When last I had any contact with her, some seven years ago, she had just received a new name and legal identity, based on what happened to her at the hands of those she called, "The Kookies". And particularly because of her legal involvement with Tracy Terhune, who she called, "King of the Kookies".

As I mentioned her in a comment about women Terhune has trashed, I began to think of the incredible price she paid.

I think she was about 30 years old when she was driven into bankruptcy court because Terhune sued her for defamation (after she sought a restraining order against him). Hala could not afford a lawyer and lost the defamation case after receiving bad free legal advice and missing court dates. She owed Tracy Terhune some $130,00.00 She had nothing. After she became suicidal with the hopelessness, she ran away and home to family.

Terhune will tell and has told a different story. He will pound his bible, telling everyone how the judge in the case he brought against Hala Pickford said he never read such horrible defamation as Hala's blog. What Terhune does not say is that he was worse, way worse and Bret was in over kill on Hala. I read everything they wrote about her and it was the worst bullying rhetoric I have ever read. Ungodly. She fought back and wrote and wrote and wrote. What Terhune also does not say is that he went into that court room with his fancy lawyer, knowing she could not afford any legal representation. Shooting fish in the barrel is what he was doing.

And when Terhune tells people he won big over her, he did not. The court records I do have reveal that of the $130,000 Hala owed Terhune, he settled... after her bankruptcy... for about 2500.00 and I do not know if he even got that.

I do not know Hala's new name. No matter how things ended between the two of us, she never deserved what they did to her. Never. And when Terhune whines about that "Forewarning" I wrote long, long ago, this is what I was reporting on, this is what I desperately hoped would cease and this is the story I wanted to expose.

I share two pages from the manuscript I have been working on about this important story from the Valentino world. 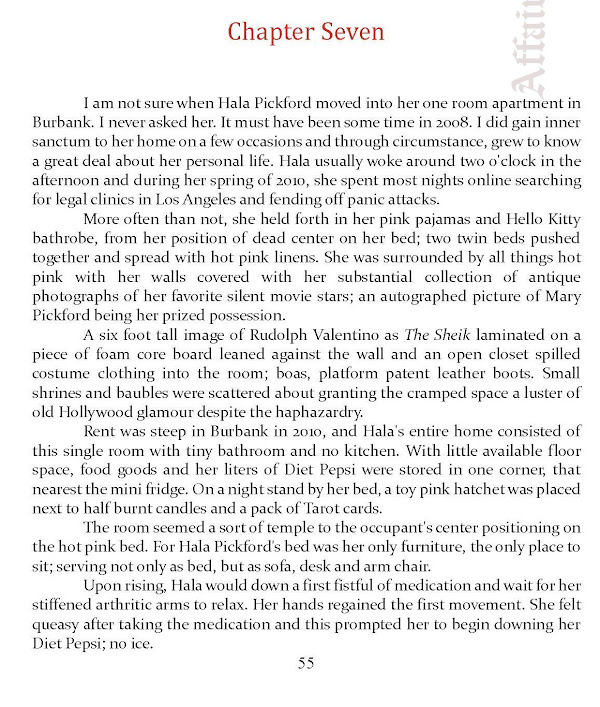 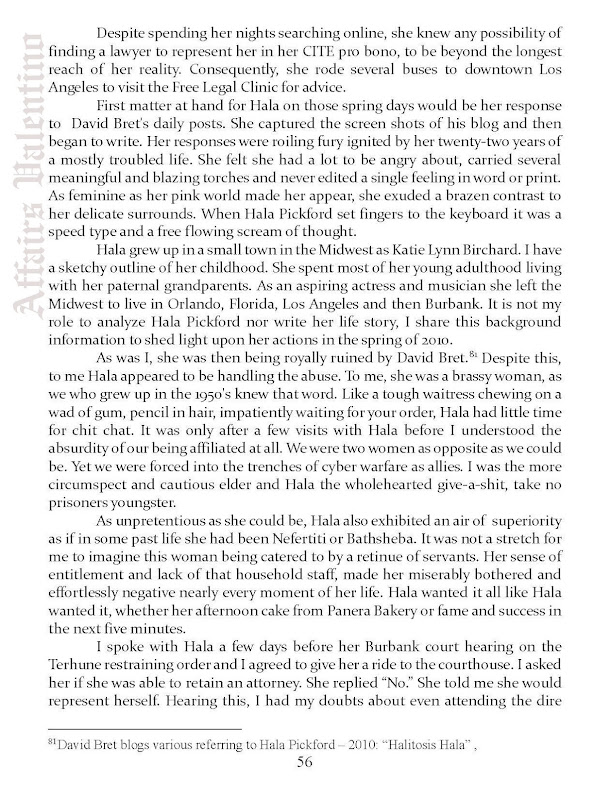