I am posting the image below to see what you think about the woman seated front, left.

Michael Morris' contact in Mallorca, discovered and interviewed Maria Salome...the god- daughter of Natacha and her second husband, Alvaro de Ursaiz. Maria's parents were a domestic couple working for Natacha and Alvaro. Maria swore her parents told her Pola Negri visited Natacha and Alvaro and this is Pola seated on the left (see below).

Pola Negri was living on the French Riviera at the time and did visit Mallorca. But somewhat hard for me to fathom Natacha would welcome her to her Mallorcan home. Perhaps she did.

Natacha is barely in the photo on the left with a white turban, gentleman on her left in the striped shirt is Alvaro, next to him Mai Mai Sze, Chinese-American painter and writer and life partner of costume designer, Irene Sharaff. Rambova knew her through the Bollingen Foundation as both Rambova and Sze's work received funding from the foundation.

Is this Pola Negri? 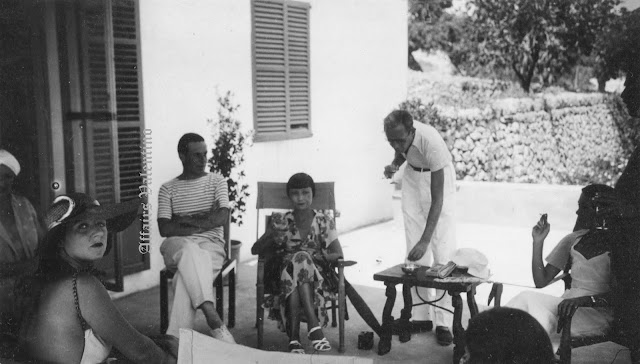 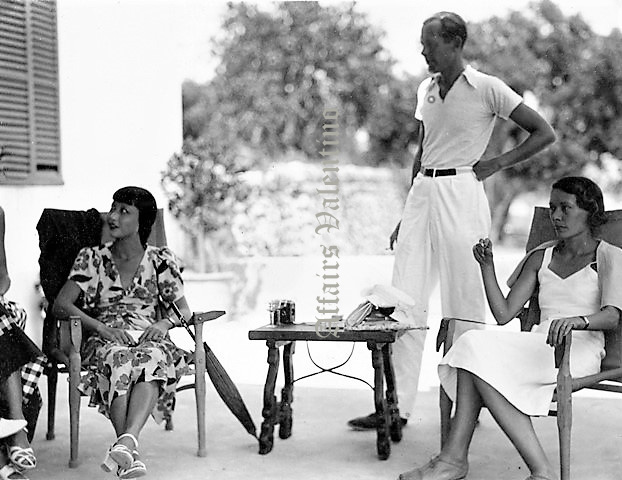 * When Michael Morris passed away he was still negotiating the rights for these fabulous and rare images. I worked with the Mallorcan contact, secured the rights to the photos and convinced him to write an essay on Rambova and the Spanish Civil War. It is extensive and definitive. Beyond Valentino, Michael Morris' posthumous book also includes Natacha's essay on her experience in the war which she titled, "Arriba Espana!"